Colin Turkington and Dan Lloyd will be in action for this weekend’s British Touring Car Championship round at Croft despite heavy damage in their accident last time out at Oulton Park.

Lloyd made contact with another car on the first lap of the reversed-grid finale and was spat into the barriers, from where he rebounded into the track and was unavoidably rammed by Turkington in an impact measured at approximately 40G.

Both drivers are recovering from minor injuries, Lloyd’s Hyundai is under repair by renowned BTCC chassis specialist Willie Poole Motorsport, while WSR is wheeling out Turkington’s old car for Croft and the mid-July Snetterton test, even though it has been sold.

The plan is for the Northern Irishman’s 2022 car, chassis 6, to be repaired at Poole’s facility in time for the late-July Knockhill round.

WSR boss Dick Bennetts told Autosport: “The new chassis is too badly damaged, and we don’t know yet until Willie gets it on a jig whether it’s repairable.

“I had to get permission to use chassis 1 from its owner, and if we didn’t get that then we would have been in trouble.

“We’re having it modified [also at Poole’s base] for hybrid, and that’s quite a lot of work, but it’s the quickest way around it.

“We found a lot more broken that we thought – bits of the engine [meaning Turkington will need a new Neil Brown Engineering-built powerplant for Croft], the starter motor, the turbo’s jammed solid, and we’ve been recommended we change the EV motor.

“And then we’ve got to livery it – because it was matte black last year!

“We’ve had the crews from all three cars working on it. 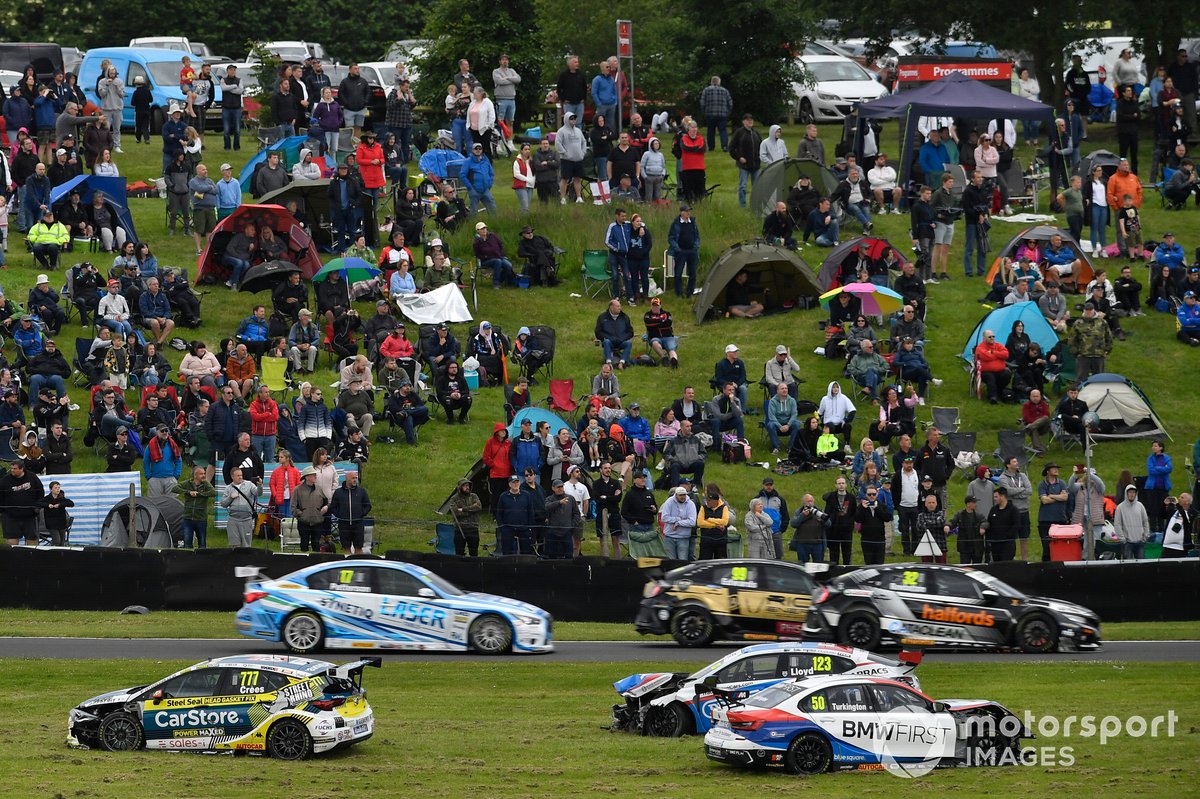 “Colin’s still got a sore neck, but he came in on Saturday to support the guys working. His chest is OK now – it’s a good job he’s a fit, youngish lad.”

Lloyd’s biggest battle now is his funding – the Yorkshireman made his BTCC debut as long ago as 2010, but did not manage to complete a full season in the series until 2021.

The repairs are costing him £95,000 plus VAT, some way over the £40,000 accident damage for which he’d budgeted for the season.

“It’s a struggle and a tough situation,” Lloyd told Autosport. “Budget was already tight, but I’ve had some success since last week – not quite as much as I’d hoped for but I’ve got some quite large plans in place to make it up.

“A few fans have come forward and said they’ll help in some way – I don’t want handouts, but I want to put together a bundle or package where people get something in return.

“This could potentially include hot laps at Donington, a bit of crash damage that’s been signed, some merchandise or a framed, signed poster. Details will be out soon on that.”

Unlike Turkington, Lloyd was taken to hospital after the accident, but says he is physically fine for his home round at Croft.

“I was sore last week, but Friday and Saturday were a big improvement and I’ve been doing most things I’d normally be doing in the gym – just still taking it a little bit easier,” he said.