The three-time champion had a difficult start to the year in the all-new car, reporting that he was unable to drive to his normal style in the replacement for the 125i M Sport with which he won the 2018 title. 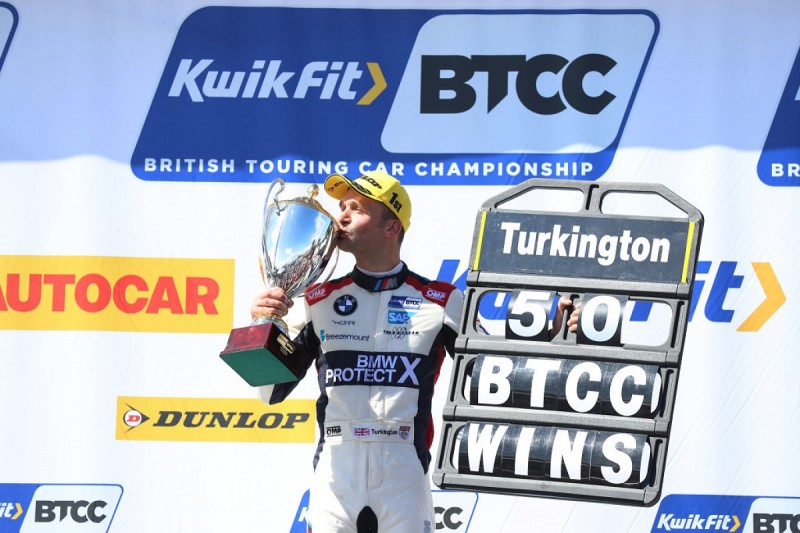 But Turkington has since won four races, thanks to a brace at Donington Park and Oulton Park, to lead the standings by 33 points over team-mate Andrew Jordan.

Turkington praised the development on the new-for-2019 3 Series, adding that in terms of handling it now has the optimal balance.

"We were definitely the fastest car all weekend [at Oulton Park] and I can take confidence from that," he told Autosport.

"Race two felt like a really special one to me because I felt really at one with the car.

"I felt like I was on another level with the car. It just felt so fast but in control.

"You can't do anything with that car to make it better chassis-wise.

"I've driven quite a few different touring cars over the years, but this is one of the best.

The race two victory in the most recent round at Oulton meant he became only the fourth driver in the history of the BTCC to hit a half-century as he bids to match Andy Rouse's record tally of four titles.

"It's a milestone that I hadn't considered at all coming into the weekend or the year," Turkington added.

"It's a career highlight but I can only get to those figures driving for a team like WSR. They gave me 41 of the wins, the tools to do the job. I think it's worth toasting a glass to that.

"Winning the championship is what everybody is trying to do, but race wins are very special. I think drivers thrive on race wins.

"That's what makes you happy leaving the track on a Sunday."

He also said it was important to take the momentum away from Jordan, who had scored two wins each at Thruxton and Croft following his non-score at Donington Park owing to a shunt that put him in hospital.

"It's nice for me psychologically to feel faster [than Jordan] over the course of the weekend.

"Andy has been driving at an extremely high level this year so it's going to be a great battle over the second half of the season.

"It's taken a bit more time to get my car exactly where I want it, we didn't have the benefit of testing to dial it in, but we are where we want to be now."