On a circuit renowned as being Honda territory, the Scot headed the second period in his Team Dynamics Civic Type R with a time that was a clear 0.225 seconds ahead of Tom Oliphant’s West Surrey Racing-run BMW 330i M Sport.

That was particularly impressive since Shedden is carrying 48kg of success ballast into the Thruxton weekend courtesy of his rise to fourth in the standings, despite not yet having won a race in his BTCC comeback season.

“It was quite clean, especially with 50 kilos or whatever in it,” said Shedden.

“I think we have to find a bit more for qualifying, that’s for sure, but I think we’re in the mix.

“I had new tyres on, but when I looked down the pitlane there were a lot of cars on new tyres.

“It’s just chipping away and chipping away – we just need to extract as much from it as we can, but it looks like we’re going in the right direction.”

Cook’s morning effort put him 0.225s clear of championship leader Ash Sutton and second overall across the two sessions, although he fell to 10th in the lunchtime period in a Honda that is carrying 33kg of ballast.

Thruxton specialist Cook had a massive lose into the chicane in the second session, spearing across the bows of team-mate Jade Edwards before harmlessly running onto the grass, and also reportedly had an off at Church Corner. 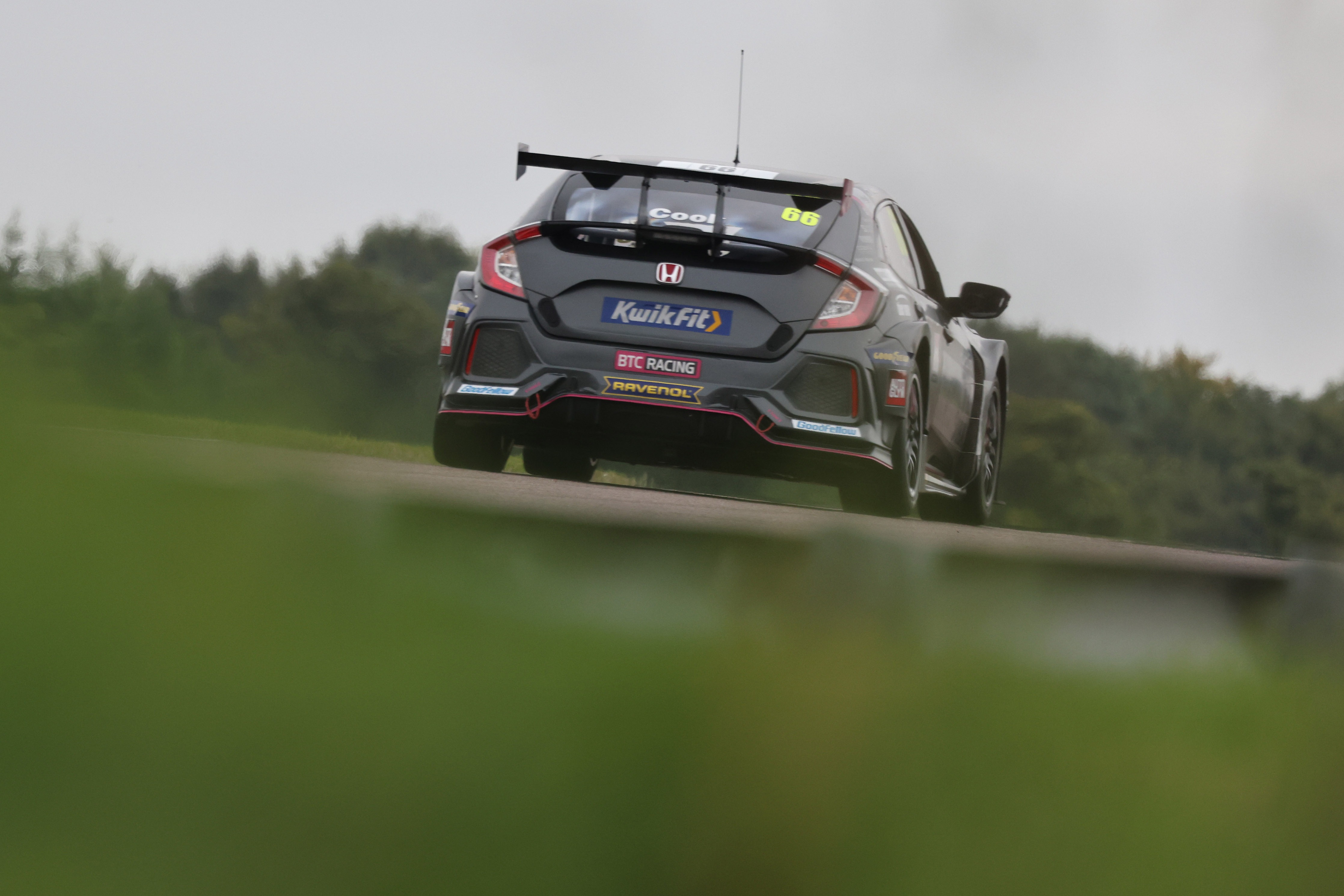 Oliphant is carrying no ballast after a poor run of luck in recent rounds, but his second-session effort, good for third overall, was a strong performance at a circuit that doesn’t traditionally favour the BMW.

Another of the German machines ended fourth overall, with Adam Morgan, on 9kg with his Ciceley Motorsport version, putting in a strong run – his best time came with a tyre-smoking late-braking moment at the chicane.

Next up was Sutton, whose opening-session effort put him fifth overall in a Laser Tools Racing Infiniti Q50 that is carrying the maximum 75kg of ballast.

Rory Butcher, with no ballast in the Speedworks Motorsport-run Toyota Corolla, was fourth in session two, sixth overall, yet twice visited the pits with his radiator shrouded in grass.

The Scot edged out Dan Rowbottom, who was seventh in the second of the Team Dynamics Hondas.

Senna Proctor made it four Hondas in the top eight with his BTC version, although failed to improve upon his third-fastest time from the morning.

The first session was red-flagged after 24 of the 40 minutes and not restarted after Stephen Jelley creamed his WSR BMW into the barriers at Allard.

The car incurred damage to its left side, although Jelley was back in action from the midway point of the second period.