Caine, who won the British GT title in 2012 driving a Porsche 997 GT3-R alongside Daniele Perfetti, has raced sporadically in the BTCC since '11 - most notably with a handful of outings in '11 and '13 with the Motorbase Performance team that ran him to the GT crown.

His most recent BTCC appearances came in 2016, when he contested the Snetterton and Knockhill rounds for Team Hard in a Toyota Avensis.

Caine joins Mike Bushell, Jake Hill and Bobby Thompson in the squad's line-up as it expands in collaboration with Brisky Racing.

"It wasn't just about the drive, it had to be a seat that would be competitive," said Caine.

"I feel that the team has built on consecutive positive campaigns and is now in the right place to be a challenger, with a competitive package in the Volkswagen CC, and the right resources to be a presence in the 2018 championship.

"I cannot wait to get to work with the team and help to transition from potential to delivering." 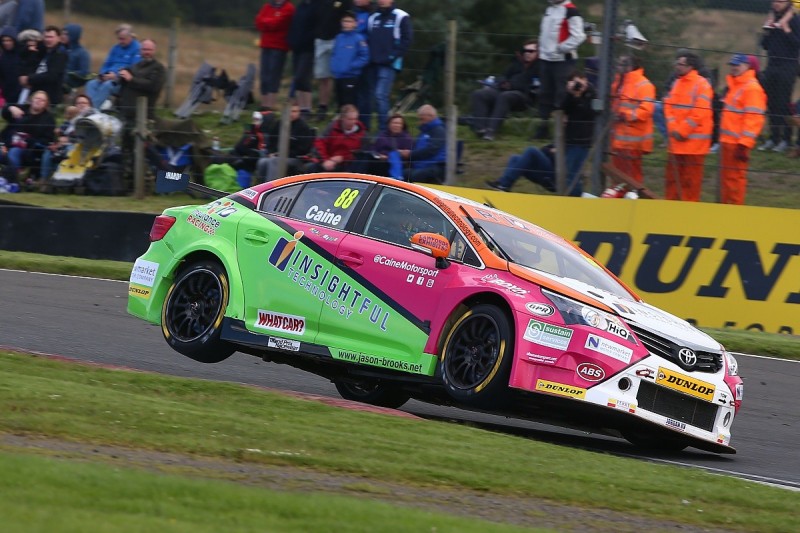 "We have been working with him and his partners to bring a season-long challenge together.

"In Michael, we have a driver who has been looking for a real shot at the BTCC for many years.

"His motivation and ability will fuel the team's progression and make us one to watch this season."

BTC team switches from Chevrolets to Hondas in BTCC for 2018

Carlin considered racing in the BTCC in 2018