The 28-year-old finished fourth in the Porsche Supercup last season and third in the UK after a part-season in the GB series.

Three-time BTCC title winner Shedden is expected to switch to the World Touring Car Cup this season, and announced his surprise exit from Dynamics last month.

Cammish, who will be racing a front-wheel-drive car for the first time in his career, will line up alongside series veteran Matt Neal, and the pair will drive a new version of the Honda Civic Type R.

"I'm obviously over the moon to be signing for Team Dynamics," said Cammish.

"It is a team with a highly successful background and a team that has proved it can win championships.

"I have my hopes set high for 2018 and lifting the overall drivers' crown would be a dream come true but, first of all, I appreciate that as a works team driver, points for the manufacturer and team's championships are the main priority." 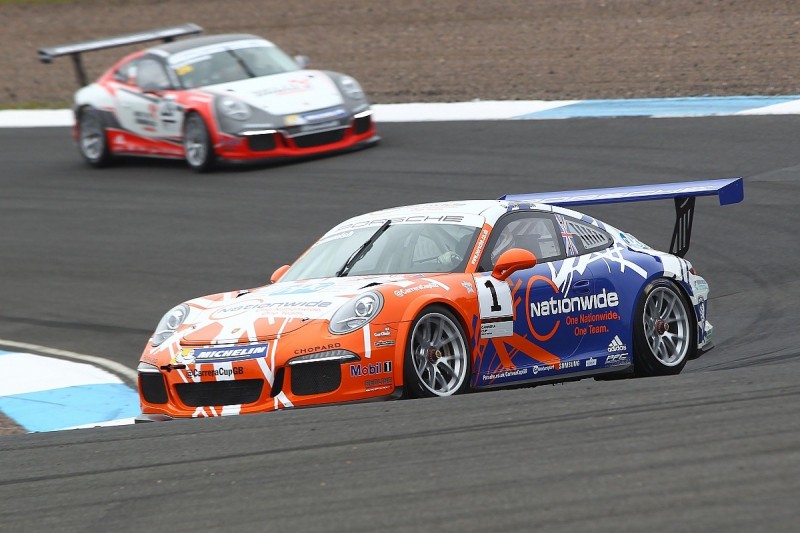 Team-mate and team co-owner Neal said Cammish's strong racecraft was part of the reason he had been selected for the factory drive.

"This is a great signing for us," said Neal. "Dan has been very successful in every championship he has competed in over the years.

"He's incredibly difficult to pass and knows how to defend a position.

"We needed someone with his standing to help the team challenge for overall honours in all three championships this year.

"The goal for 2018 is to come away with as much silverware at the end of the season as possible. I'm looking forward to him being my new team-mate and to us battling away together this season.

"One thing is for sure with Dan, he will be able handle himself in this highly competitive championship, he conducts himself with professionalism and is good on camera, he ticks all the boxes as a replacement for Gordon Shedden and I wish him all the best for the coming season. It's great to have him on board."

Motorbase Performance BTCC squad and Mat Jackson split ahead of 2018