Lloyd drove a Civic for the Eurotech Racing team in 2016 for three meetings and scored a sixth place finish at Oulton Park.

He then switched to the factory-backed Triple Eight Racing-run MG team for 2017 but withdrew after four meetings due to disappointing results.

LLoyd has since dominated the new-for-2018 TCR UK series in a WestCoast Racing Volkswagen Golf GTI TCR, winning each of the six races held so far.

There are no clashes in the remaining BTCC and TCR UK rounds in 2018 and Lloyd is expected to complete the season in both categories.

Lloyd will now drive the Honda Civic vacated by Nash, who will take no further part in the 2018 BTCC season due to "personal reasons". 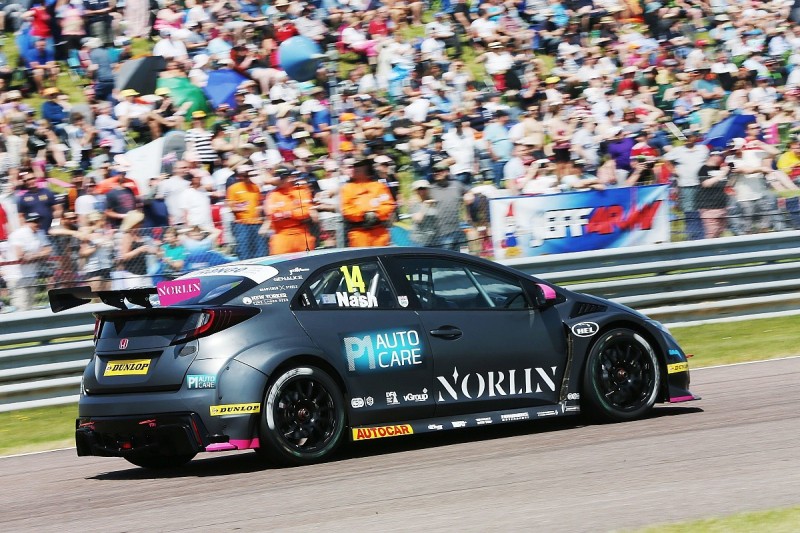 The 2011 BTCC Independents Trophy winner finished third in the World Touring Car Championship in 2013 in a Bamboo Engineering-run Chevrolet Cruze.

Nash returned to the BTCC after a six-year-absence in 2018 but says an increased workload, allied to disappointing results so far, had led him to make the decision to step aside.

"I believed racing in the UK would allow me more time to commit to my work, personal and race life," said Nash.

"I have enjoyed a lot of success in international racing and have been very disappointed with my current level of results.

"It is because of all these factors [that] I have decided to pull out of BTCC until the timing is once again right for me."