Reigning champion Shedden, whose last pole was at Donington Park in April 2013, set the benchmark time of 1m55.627s during his run on his first set of tyres, despite having his opening lap removed for a track-limits infringement.

He tried to better the time on his second-tyre run, but no one was able to improve significantly.

Shedden had very little running ahead of qualifying, after an engine change in between the morning's two free practice outings.

"It was a bit random today," said the Scotsman.

"It all came together and with everything that had been going on this morning, the set-up was pretty much as it came out of the workshop.

"I am delighted. It was a really really good lap."

Factory Subaru Levorg driver Colin Turkington placed his car in second position after the first runs and was only 0.015 slowed slower than the Civic.

However, his last-ditch attempt to grab pole position was thwarted when he was hampered by backmarkers.

A fraction behind the top two, on a 1m55.655s lap, was the Ciceley Racing Mercedes A-Class of Adam Morgan, just ahead of Tom Ingram's Speedworks Motorsport Toyota Avensis.

Mat Jackson, who had also had a troubled opening free practice session with a boost issue, rebounded to claim fifth place in the Motorbase Performance Ford Focus.

He was ahead of one of the stars of the session, Power Maxed Racing's Hunter Abbott, who put his Chevrolet Cruze in sixth place on a 1m56.065s, his best qualifying position yet in the BTCC.

He fared better than team-mate Rob Collard, who is second in the points. Collard was carrying 66kg but complained of handling problems and will line up 17th.

The main casualty of the session was Andrew Jordan's Motorbase Performance Ford Focus, which suffered a power steering problem on its outlap, meaning he will start last. 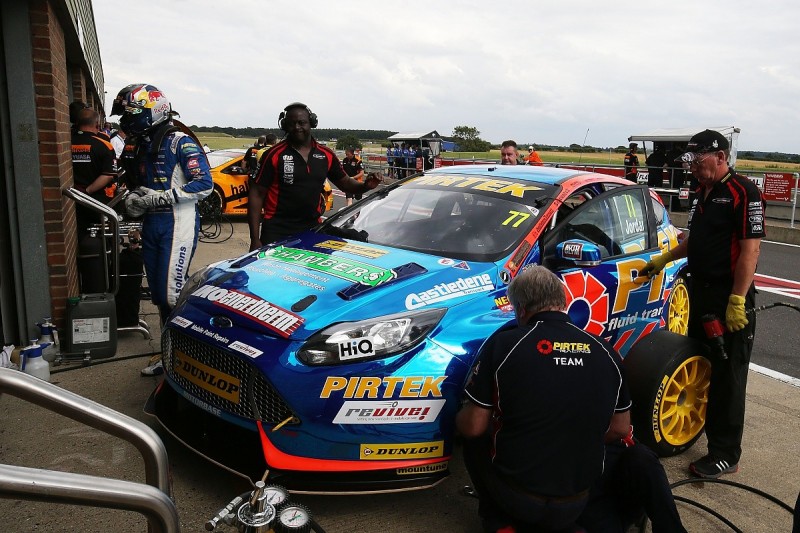