One-time British Touring Car Championship race winner Senna Proctor is to return to the series with the BTC Racing Honda squad after missing the opening round.

Proctor, 22, will join double Thruxton opening-round winner Josh Cook and BTCC rookie Jade Edwards in BTC’s three-car squad of Civic Type Rs for the rest of the season, starting with the Snetterton event on 12-13 June.

BTC was left without a driver for the Thruxton event on 8-9 May when Michael Crees departed on the eve of the season to compete in the Porsche Supercup.

The Brackley operation filled the seat with ex-Team Dynamics Honda star Dan Cammish, who was able to race on a one-off basis at Thruxton because the Porsche Carrera Cup GB, to which he has returned for 2021, was not in action at the Hampshire circuit.

Cammish went on to chase Cook home in a BTC Honda 1-2 in the second race of the day.

Proctor raced in 2020 for the Excelr8 Motorsport Hyundai team, but left the squad at the end of the season and lost out to Tom Chilton in the race for a Ciceley Motorsport BMW seat.

“I am over the moon to be joining BTC Racing,” said Proctor.

“The Honda Civic Type R FK8 is a proven race-winning car, so this is a fantastic opportunity for me to show what I can do.

“The first time I will drive the car will be free practice one at Snetterton, so I am in at the deep end, but it’s a challenge I look forward to.” 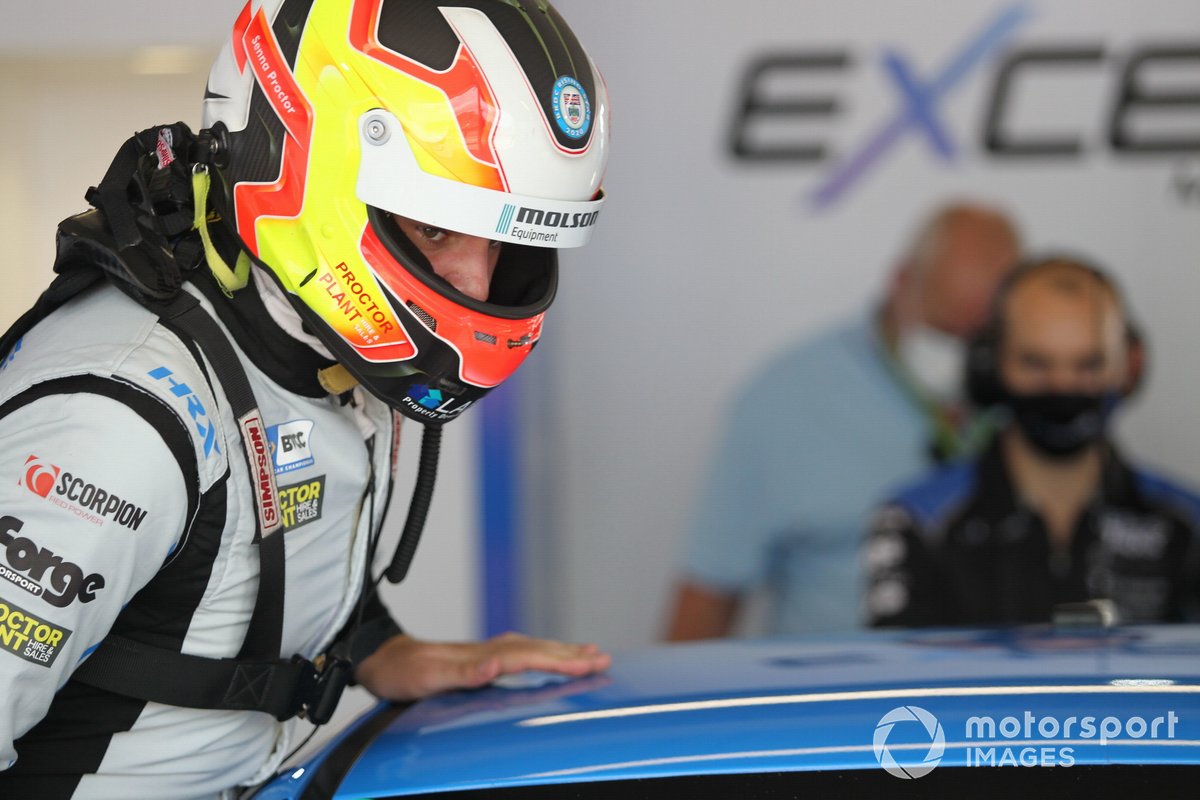 Proctor was paired with Cook at the Power Maxed Racing Vauxhall Astra team in 2018, when Proctor scored his only BTCC race win to date, at Brands Hatch.

“Josh and I have worked together in the past so we know each other well,” he added.

“This can only benefit the development at BTC Racing, and also with Jade in the team we have a strong three-car line-up.

“I don’t see any reason why we can't be fighting up the front from the off.”

Cook’s wins at Thruxton represented a strong start to BTC’s switch to the series’ Swindon-built TOCA spec engine, after using the bespoke Neil Brown-tuned powerplants during 2019 and 2020, when the team had a collaborative deal with Civic FK8 builder Dynamics.