Jason Plato, the most successful driver in British Touring Car Championship history in terms of wins, faces spending the 2020 season on the sidelines

Official Vauxhall team Power Maxed Racing, for which 52-year-old Plato was set to drive for a second season, will not contest the full campaign, and both Plato and Mat Jackson have been released for the year.

PMR remains committed to a full 2021 season, for which Plato is already confirmed and Jackson has what the team describes as a 'first option to continue'.

But for now it means 97-time race winner and two-time champion Plato will not be in action when the 2020 campaign kicks off at Donington Park on 1-2 August.

Jackson, meanwhile, was set for his return to the BTCC in 2020 after two years on the sidelines following his split with Motorbase Performance in the build-up to the 2018 season.

"I genuinely believe this is the right decision for us as a team, and all of our loyal partners," said Plato.

"It may not be what people want to hear, and we are all gutted to not be racing as we had planned, but the really important thing is to make sure we are in a position to race again in '21 and for many years beyond, and this was the best way for us all to guarantee that." 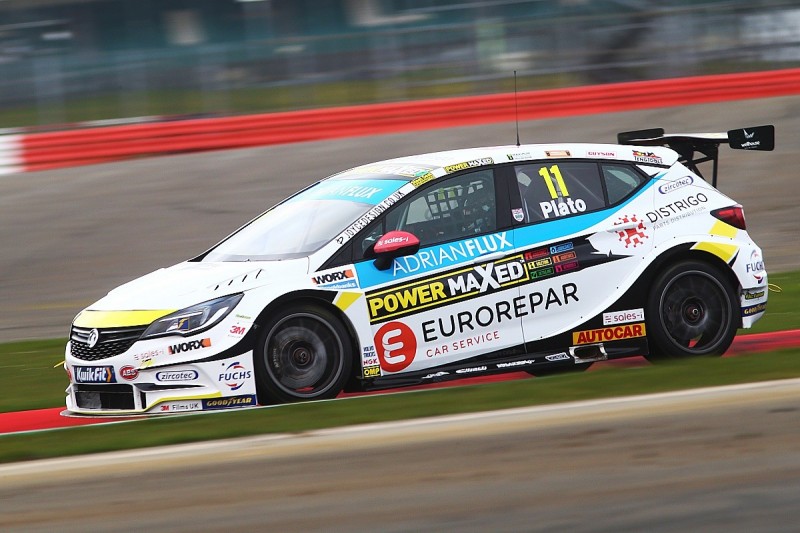 Team boss Adam Weaver added: "Obviously taking this decision was not easy, but ourselves and our commercial partners felt that overall, it's the right thing for us to do in order to preserve our resources for next year.

"But I want to clarify that this is in no way us 'giving up'.

"We are simply hitting the pause button on these agreements, with all our branding partners and team wear simply being carried over for the '21 season, along with all corporate hospitality obligations.

"It means that we've got even more time to develop the Astras and will come out of the blocks fighting next March!"

PMR does plan to field its Vauxhall Astras on an independent basis in some races this season.

The team has said that this is part of a plan to 'showcase and develop young motorsport talent' and give 'surprise guest outings to some well-known touring car stars who weren't able to commit to a full season due to various other commitments'.