The 23-year-old leapt from third on the grid into second place away from the line to track Andrew Jordan's fully ballasted WSR BMW, which had won the opening race.

Sutton followed Jordan for one lap before powering alongside Jordan going up Clay Hill for the lead.

He quickly scampered free and built an advantage of nearly two seconds, despite having the less favourable soft tyres on his Levorg GT car.

Jordan struggled to carry the weight and begun to drop down the order, and had to cede second place to his WSR BMW 125i M Sport team-mate Rob Collard at Lodge at the end of lap three.

He chased after Sutton and reduced the gap to one second at the flag.

"I knew the start would be vital and I had to overtake Jordan as soon as possible," said Sutton.

"Going into the race, I had 57kg of success ballast and the softer tyre, so I wasn't expecting much.

"The result is phenomenal. I controlled the pace once I got ahead and was managing the tyres. What a race." 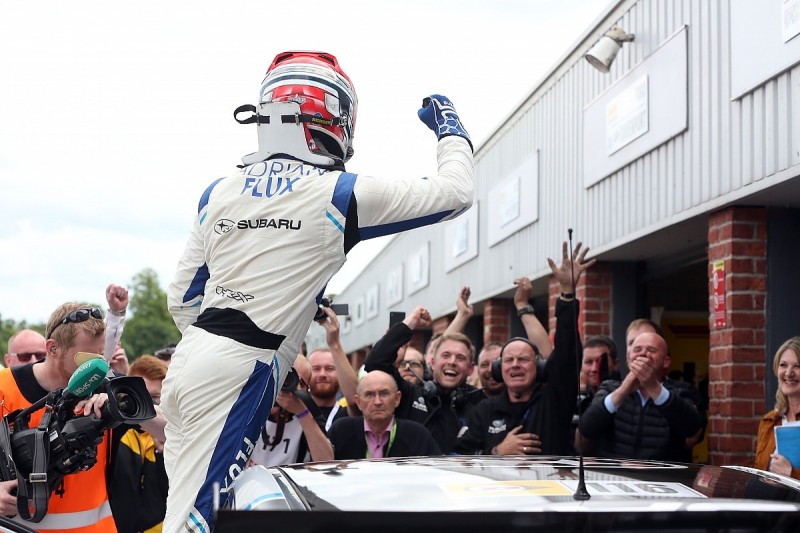 He and team-mate Gordon Shedden had unseated Jordan from third with a double move at Old Hall on lap five, and then the Hondas swapped places three laps later.

"We had done a bit of brokering over the pits-to-car radio," said Neal.

"I let Gordon go to see if he could reel in Collard, but when he wasn't able to, the deal was that he had to give the place back.

"We are fighting each other as well as everyone else, after all."

Behind Shedden in fourth was Jordan, who held off Josh Cook's Maximum Motorsport Ford Focus to the line.

Cook has been drawn on pole for the final reversed grid race of the weekend.

Mat Jackson crossed the line in eighth spot, despite being shown a black flag earlier in the race which was later withdrawn. He headed Rob Austin and Jake Hill.

Championship leader Tom Ingram started in 31st place after retiring with broken suspension in race one.

He again failed to finish as a shunt at the Island Hairpin ruled him out.

Ingram has lost the title advantage to Shedden, who is now five points clear of Collard and the Speedworks driver.

The race start was delayed after Adam Morgan's Mercedes caught fire on the original formation lap. 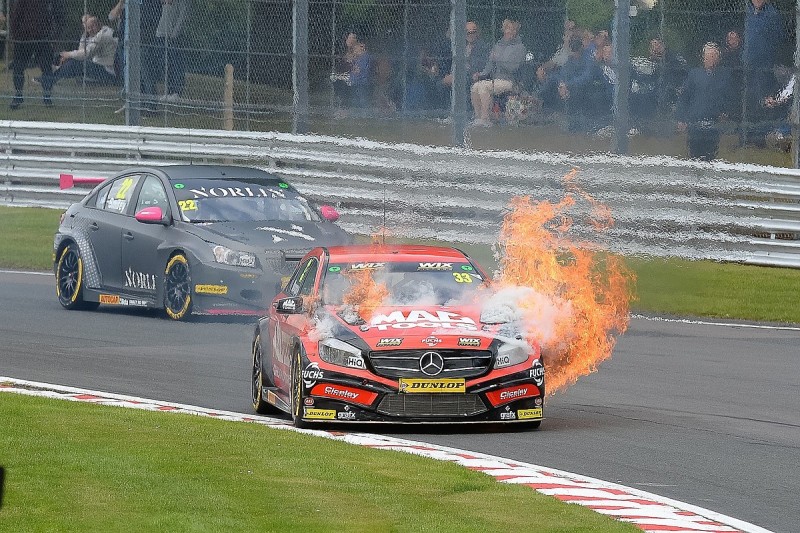