The fourth-generation car is the latest different model of Focus the team has used in the BTCC, after first switching from running BMW machinery to Fords for 2011.

For the past two seasons, the squad has run a Focus RS in the series and that machine took three wins.

Motorbase will now switch to the newer model, one of two new cars introduced to the BTCC this season along with Excelr8 Motorsport's new Hyundai i30 Fastback N Performance.

The first test took place at the team's local Brands Hatch circuit on Wednesday, with Ollie Jackson the first to get behind the wheel.

It had already been announced that 2019 Motorbase racer Jackson and reigning Independents champion Rory Butcher will drive the new cars this season, but it has now been confirmed that Andy Neate will complete the team's three-car line-up. 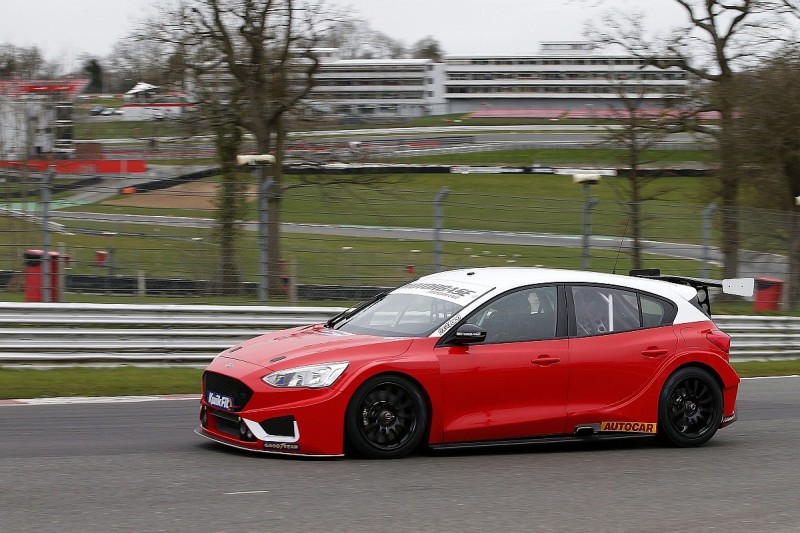 Neate last raced in the BTCC in 2016, when he drove in the first three races in a Team Dynamics Honda, but the entry was soon withdrawn.

He has contested over 100 BTCC races - including driving a Focus in 2011 for the Arena Motorsport-run Team Aon squad - taking a best race result of sixth.

"It has been a while, but I feel like I have some unfinished business in the BTCC," said Neate.

"I have taken some time away and I have been overseeing my son Aiden's burgeoning karting career, but there was always the itch to come back to the BTCC.

"I have a lot of experience and I have always enjoyed developing new cars, so the challenge with Motorbase and its new Ford Focus is something I am keen to get started with."