The Scottish team has run the Mercedes since 2015 and Moffat has taken three wins with the hatchback.

Laser Tools bought two NGTC-specification Infiniti Q50 from the Support Our Paras Racing team, which ran the saloon-shaped cars in the 2015 season.

The team's original plan was to rework the cars for the 2020 season, but engineers have spotted some inherent advantages in the rear-wheel drive chassis and want to make the swap as soon as possible.

Both Infinitis were run in 2015 with original GPRM-specification parts. The BTCC has since switched to RML-supplied kit, and the revamped cars will be complete with all the latest parts.

Moffat will sample the car for the first time at the championship's annual Dunlop tyre test, which takes place at Snetterton on Tuesday and Wednesday next week (July 16-17).

Team principal Bob Moffat said: "In the BTCC 2019, things have changed; newly developed cars are clearly demonstrating their superiority, and we really feel that the Mercedes has reached the pinnacle of its development.

"It's been a great car, indeed a multi-race winner for Aiden, but to go forward we need change.

"Therefore at Oulton Park we made the decision to accelerate our Infiniti programme and debut the car at Snetterton [on the weekend of August 3-4].

"It is a big ask I admit, but the experienced Laser Tools Racing team have pulled out all the stops and Aiden's new car is ready to race.

"Make no mistake, there's still some way to go, but I'm so proud of what we have achieved so far.

"We will be on a steep learning curve for the remaining races on the 2019 BTCC calendar, but we genuinely feel that we are onto a winner with this new car, and it will only improve with further development over the remaining 2019 season." 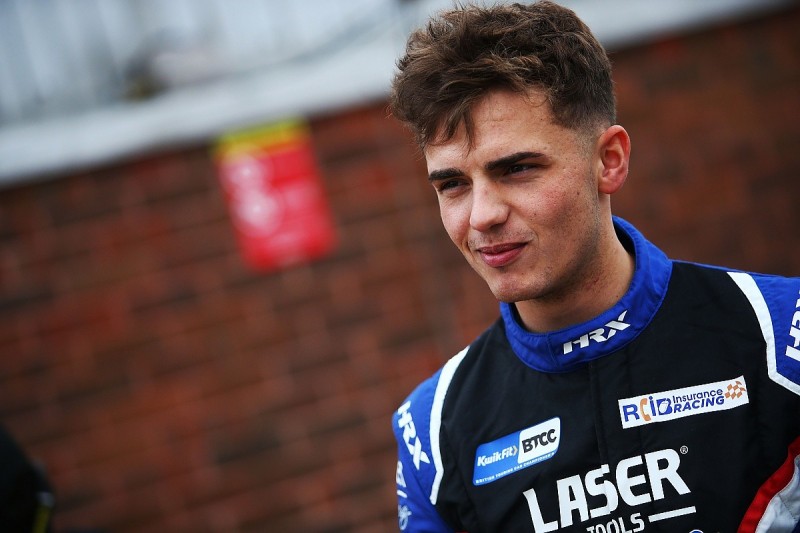 Moffat is 18th in the 2019 BTCC standings and has a best finish of fourth place from the opening race of the year at Brands Hatch in April.

The 22-year-old said extensive work had been done on the Infiniti machines already, and that had convinced the team to make the change.

"When we first purchased the two Infiniti cars we called in our race engineers," he said.

"In particular, my race engineer Federico Turrata, measured, weighed, checked, photographed and took all this data back to Italy to run simulations on how viable an improved chassis would be.

"The result was incredibly positive, and Federico was convinced that this was the way forward.

"Our 2020-spec Infiniti is a far cry from the 2015 version, incorporating all the latest NGTC specifications. The car has been completely re-engineered.

"And, of course, [it has] the benefits of a fantastically aerodynamic design, plus rear-wheel drive."