Cook, who switched from Maximum Motorsport to the Triple Eight-run MG squad ahead of the fifth round of the season at Croft, was given three penalty points and fined £500 for an incident with Stephen Jelley at the Deene hairpin that forced Jelley to retire from the finale with a broken left-rear wheel.

As the offence was Cook's fourth strike, it constitutes a one-race ban, in line with article 4.4.5 of the championship's sporting regulations.

He becomes the first driver to receive a ban in the series since another Triple Eight driver, Phil Bennett, missed the Oulton Park round of the 2001 season.

MG has appealed the decision, which will be heard at Silverstone on Friday September 15 on the eve of the penultimate round of the season at the Northamptonshire circuit.

The ban will only affect the first of the three Silverstone races. 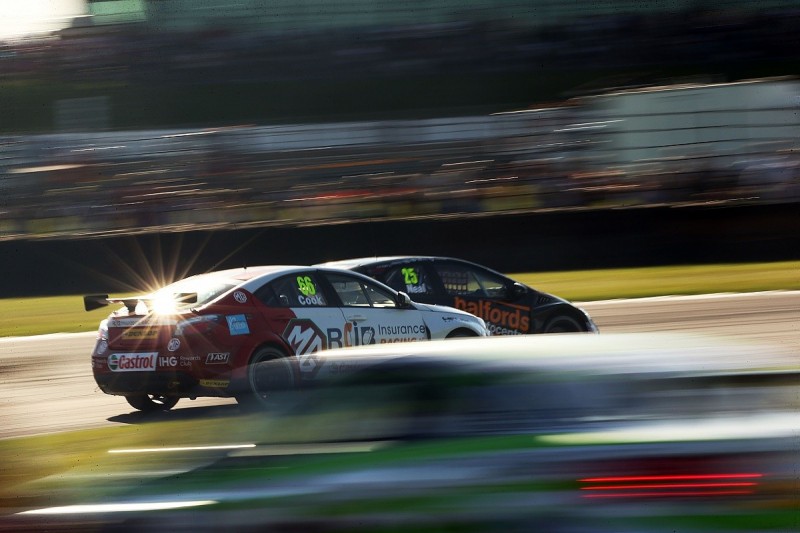 Cook narrowly missed out on a first podium finish of the season in the first race at Rockingham and crossed the line in fourth, but was handed his third strike after race two having been involved in separate incidents with Mat Jackson and Matt Neal while squabbling for second place.

He was sent to the back of the race three grid for that offence and also had three points deducted from his championship total.