The move arrives after AmD boss Shaun Hollamby and businessman Pete Osborne, whose son Sam competed in the BTCC for MB last season, bought out Motorbase earlier this month.

It has already been confirmed that Jake Hill will drive one of the MB Motorsport Fords, which will continue to be backed by title sponsor Blue Square.

With MB Motorsport stating that Hill will have a new team-mate, that could mean that two-time race winner Ollie Jackson, who is expected to remain behind the wheel of a Ford this year, will move across to partner him.

The team has today released an interim image of the MB Motorsport Focus (above) ahead of its official livery reveal. 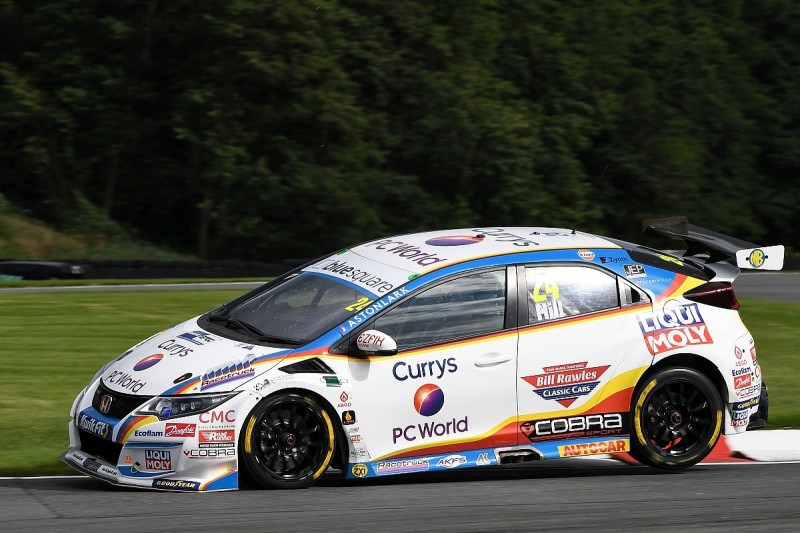 "We all loved our debut campaign in the series last year and are united in wanting to achieve much more in the coming year. We have a fantastic relationship with Shaun and Pete and are delighted to be working with Motorbase Performance in the next step of our journey.

"The Honda Civic was a fantastic car and we all loved it fondly, but everything has a lifespan in motorsport, and we are firm in our belief that the Ford Focus ST is a huge step forward both in terms of outright pace but also with the introduction of Hybrid engines in 2022."

The team is expected to officially reveal its full driver line-up soon.

Following last week's announcement to delay the start of the 2021 campaign by five weeks due to the COVID-19 pandemic, the 2021 BTCC season will now commence at Thruxton on 8-9 May.