The combination of the four-time champion, the BMW 330i M Sport and soft tyres proved unstoppable as Turkington took his second win of the season, after a difficult few weekends.

Turkington sprinted clear from pole, pulling a three-second lead after just three laps as fellow front row-starter Senna Proctor acted as the cork in the bottle and had the rest of the top 10 swarming behind him.

But Turkington's advantage was soon negated by a lengthy safety car period needed to recover Dan Lloyd's Power Maxed Racing Vauxhall Astra, which speared into the barriers at the chicane after a suspected car breakage following a kerb strike.

Yet the safety car period did not halt Turkington's charge as he again built up a comfortable buffer of 4.3s by the flag to take the landmark win for WSR.

"I'm delighted to be back on the top step - it's been a barren few weekends for me," said Turkington.

"Team BMW have me a really good car yesterday in qualifying and that's key." 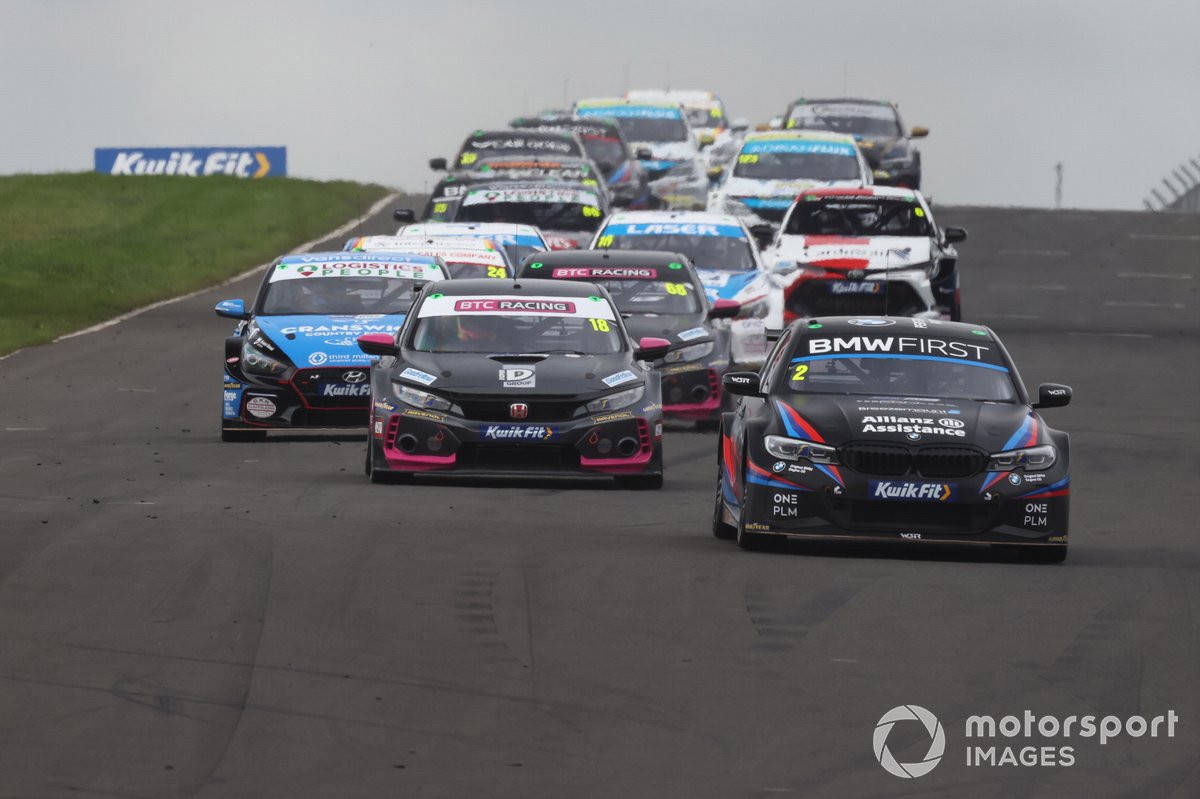 WSR team boss Dick Bennetts added: "It's a fantastic achievement for everyone in the team - it makes me feel old having 100 wins!"

Proctor was not under such pressure after the safety car restart and eased clear to take a straightforward second place.

Instead, it was Chris Smiley's Excelr8 Motorsport Hyundai i30N that was facing a stern examination.

Proctor's BTC Honda Civic team-mate Josh Cook was all over the rear of Smiley for a number of laps, making one unsuccessful move on the inside of the Hairpin, being unable to make the corner.

Cook did then strike on lap 20 of 27 with a great move on the inside of Clark's to take third and Smiley found himself down to fifth at the next corner when the charging Ash Sutton dived up the inside at the Hairpin.

Sutton, despite running maximum ballast and the slower harder rubber on his Infiniti Q50, was on a mission, having earlier made a good pass on Jake Hill's Motorbase Ford Focus at Clark's. 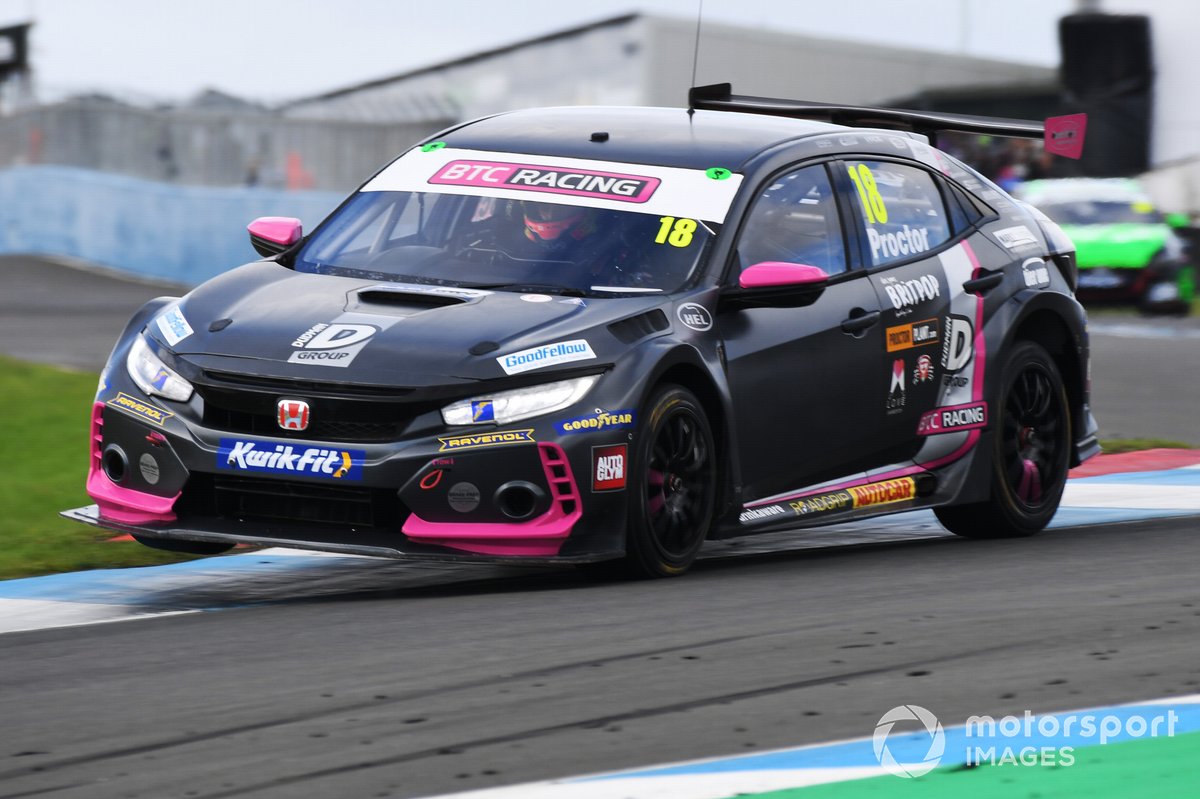 Sutton was then glued to Cook's Honda for the remainder of the race but had to settle for fourth, still extending his points lead.

Smiley held on for fifth ahead of Hill, while Sutton's team-mate Aiden Moffat was seventh on home soil.

Ingram remains second in the standings after third-placed Dan Rowbottom was only able to progress to 15th from 19th on the grid in his heavier Honda.