Tom Ingram put in a beautifully judged drive from fourth on the grid to take victory in the reversed-grid finale to the British Touring Car Championship round at Knockhill.

With the top three drivers on the grid all running the less favourable option medium tyres in this race, Ingram was the pre-race favourite with his soft-shod Excelr8 Motorsport Hyundai i30 N.

Sure enough, Ingram picked his way through to take the lead with eight laps remaining, although his path to victory was far from straightforward.

And, with Ash Sutton finishing fifth, that means Ingram has narrowed the points deficit back to 14 against the championship-leading Laser Tools Racing Infiniti Q50 star.

First of all, Ingram made an opportunist dive on Senna Proctor into McIntyres on the opening lap to move into third.

Up front, polesitter Stephen Jelley’s West Surrey Racing-run BMW 330i M Sport was keeping the Power Maxed Racing Vauxhall Astra of Jason Plato at bay, via an early safety car to retrieve the BTC Racing Honda Civic Type R of Josh Cook, which had coasted to a halt on the opening lap with a suspected fuel-pressure problem.

On the 10th lap of 25, Plato feinted to the outside of Jelley at the hairpin, and Ingram needed no invitation to fill the gap on the inside of the Vauxhall.

Ingram then shouldered Plato wide on the exit, allowing Senna Proctor’s BTC Honda through into third.

Seven laps later, Ingram pulled off a ludicrously late dive on Jelley into the hairpin, and somehow got the Hyundai stopped; the lost momentum for both of them meant Jelley also conceded second to Proctor.

At that point it seemed likely that Ingram, on 33kg of success ballast, would drive away from Proctor, who was on 27kg and on the medium Goodyear.

But Proctor did a fine job to stem Ingram’s advantage, as the pair of them pulled away from the field.

Ingram only got the gap over one second with four laps to go, before taking victory.

“I had electrical gremlins, and lost the flat-shift in the car,” said Ingram, “so I was having to lift off for each gear change.

“But what we did today [on tyre strategy across the three races] was what we tried to do at Oulton Park [the previous round], and it’s so nice to do it around a circuit like this.” 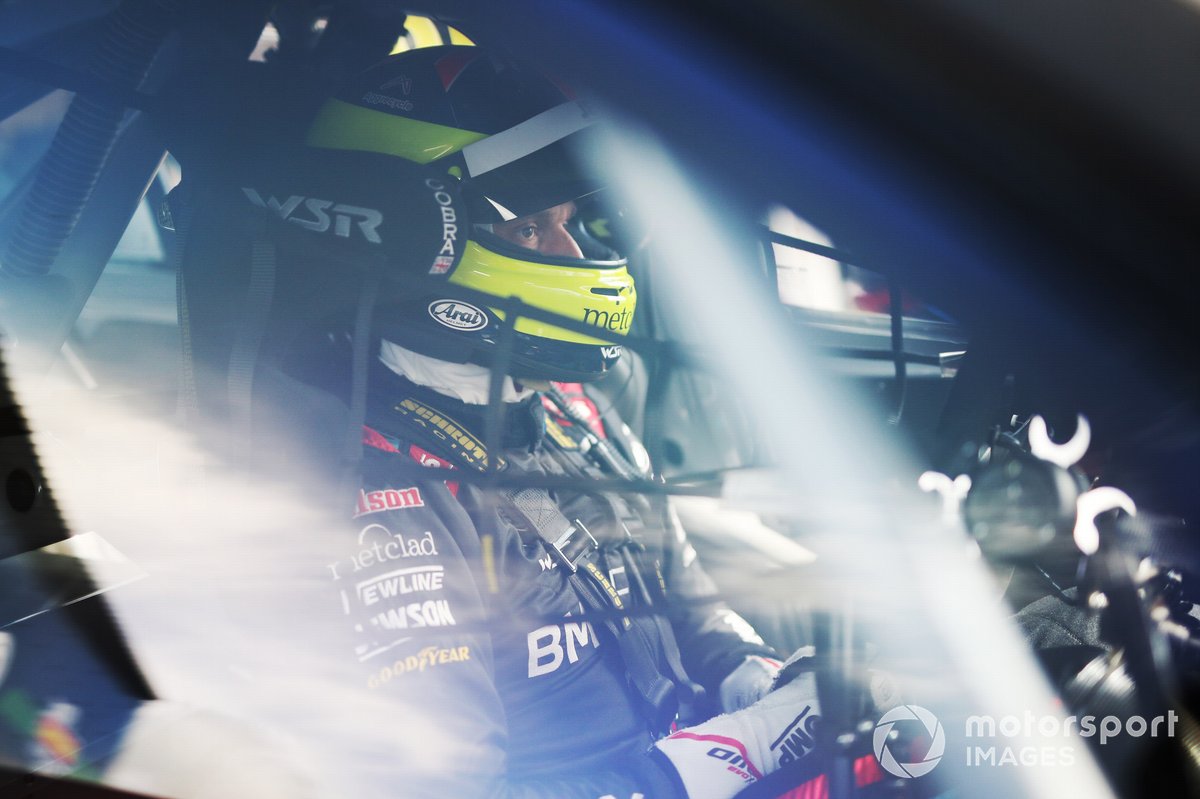 Jelley did a terrific job to keep his BMW ahead of the soft-tyred Team Dynamics Honda Civic Type R of Gordon Shedden, while second-race winner Sutton, with 75kg of ballast on his Infiniti, rose to fifth and almost grabbed fourth from Shedden when they crossed the finish line side by side.

Chris Smiley was right on the back of this trio, the second of the Excelr8 Hyundai drivers doing a good job to recover from his second-race stall.

Aiden Moffat (LTR Infiniti) completed a good day at his home circuit to take seventh ahead of Colin Turkington.

The four-time champion was running ahead of the trio of Infinitis when he ran wide at Clark’s, but managed to get his WSR BMW back up to eighth on 66kg of ballast, and is now back up to third in the championship.

Plato faded to ninth, while Dan Rowbottom got his Dynamics Honda into the final top 10 spot after a tough weekend.

Jake Hill was running a strong fourth, on 57kg of success weight in his Motorbase-run MB Motorsport Ford Focus, when he came up behind Jelley just after the BMW driver had been passed by Ingram and Proctor.

Hill was blocked out on the outside of Clark’s by Jelley, and immediately lost places to Shedden and Sutton. He then bounced over the grass at Duffus Dip in a fight with Smiley, and headed to the pits shortly afterwards.