The British Touring Car Championship’s new-for-2022 hybrid system will make an earlier-than-expected race debut at next month’s Silverstone round.

Andrew Jordan, winner of the 2013 BTCC title, will race the Speedworks Motorsport-run Toyota Corolla on what will be his first start in the series since he split with the West Surrey Racing BMW squad on the eve of the delayed 2020 campaign, after being pipped to the 2019 crown.

Jordan has driven the car throughout most of its testing, including last month’s Goodyear tyre test at Oulton Park, where the Toyota completed more laps than any other on the second day of running.

The hybrid system has been developed by Cosworth in conjunction with World Rally Championship giant M-Sport, which is taking over production of the customer TOCA engine for 2022.

As such, the Silverstone outing on 25-26 September will be the race debut for the M-Sport powerplant, which is understood to have its roots in a Ford EcoBoost block.

While the plan is for Jordan to take part in all the sessions, he will take each start from the pitlane so as not to interfere with the regular participants. 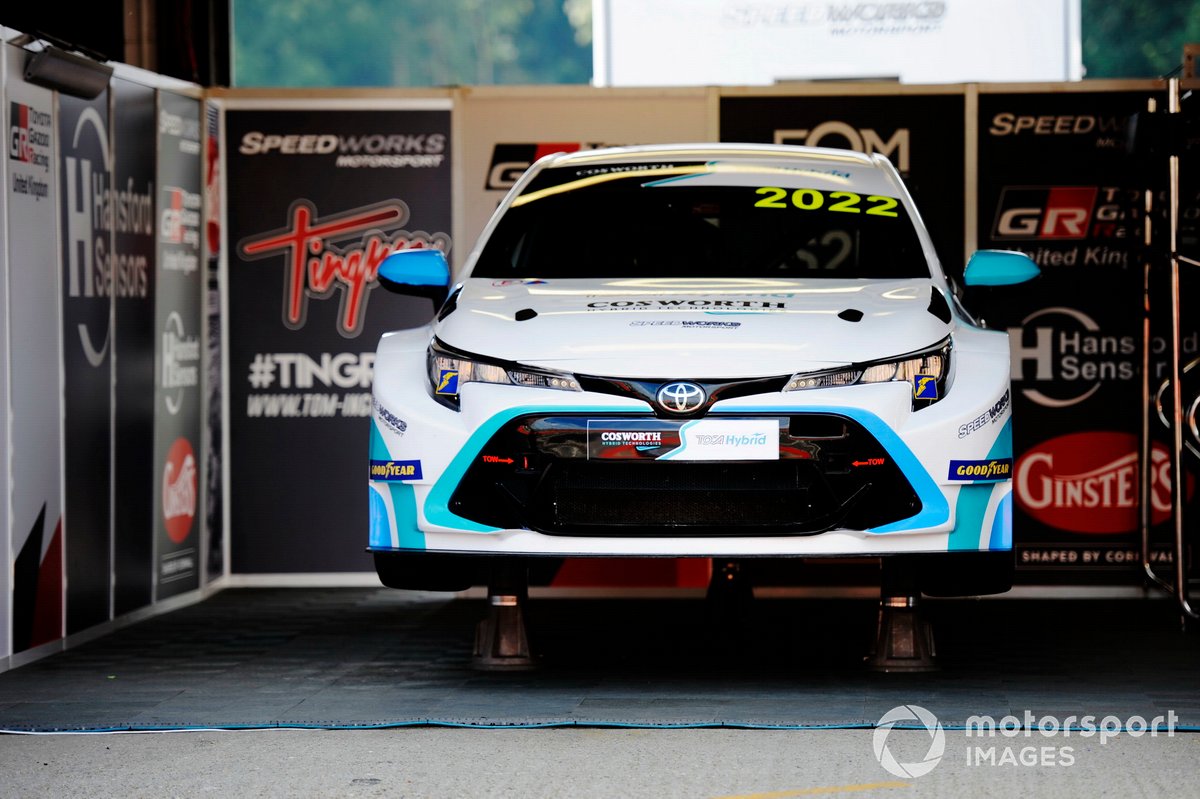 BTCC supremo Alan Gow told Autosport: “It’s not set in stone – it depends on how we’re getting along in the development cycle, but the plan is to run at Silverstone in free practice, qualifying and the three races.

“It will be invisible as far as points go; it will qualify, but wherever it qualifies it won’t start there.

“It’s more of a demonstration than a race – it won’t get involved in any dicing with anyone else.”

“The only thing that will stop it is if something goes wrong in testing, like a crash.”

PLUS: How hybrid tech will change the BTCC

Speedworks boss Christian Dick told Autosport that he would deploy his British GT Championship crew to run the car at Silverstone, to ensure that the normal resources are devoted to the team’s regular Toyotas of Rory Butcher and Sam Smelt.

“It certainly should be on the pace,” said Dick.

“From a chassis point of view, it’s not drastically different to what we have with the regular cars.

“There’s no need to build up a ground-up hybrid car – that’s not what was intended.

“We believe the 2022 TOCA engine is a competitive entity, and we know that the hybrid development brings lap time, so it should be right at the top of the timesheets.”