Hill started this season driving for the Team Hard operation in a Volkswagen CC, and finished in third place in the second meeting of the season in wet-drying conditions.

But he split with the squad before the middle of the season and was unable to return to competition.

Hill previously raced the Audi S3 for Shaun Hollamby's AmD Tuning team in 2015 in a one-off outing (pictured below). 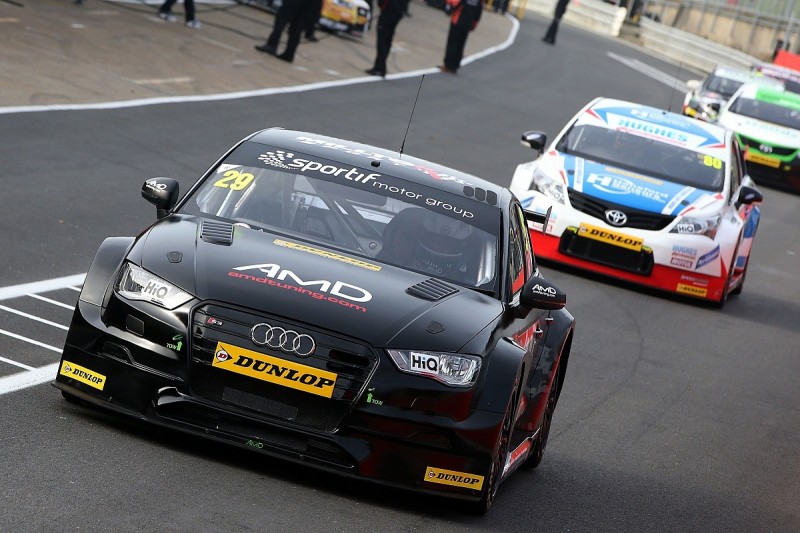 The 2019 operation will be run by new squad Trade Price Cars and overseen by AmD.

"We have been working non-stop since the summer to get things in place to get back into the British Touring Car Championship, and I am absolutely buzzing to once again be part of this exciting new project with Trade Price Cars Racing," said Hill.

"We've had a tough year but everything happens for a reason and I am more focused, fitter, and more determined than ever to succeed - this will be a fun ride. We will have a stunning livery to be revealed at some point soon.

"We aim to be out testing early in the new year, and we have some very, very good people working with the team so we expect to be very well prepared."

Trade Price Cars owner Dan Kirby said that having worked with Hill previously, the 24-year-old was always top of the list of drivers the team wanted for its inaugural season in the BTCC.

"We have got to know Jake well over the past couple of seasons, and seeing up close how strong he is as a driver, his technical awareness, and how well he works with his partners off track it's a real statement of our intent getting him on board," said Kirby.

"Everyone has seen just how quick he is, so we're really confident he will be a key part of the team and in helping us achieve success."