Will Formula 1's decision to drop grid girls have implications elsewhere in motorsport? MATT JAMES looks at the situation in the British Touring Car Championship

There will be no more grid girls in Formula 1 from the 2018 season onwards. Series bosses have decided that using women in that role is at odds with "modern day societal norms". This is an attitude that is pervading all areas of sport.

But will all parts of motorsport follow suit? In the UK, the British Touring Car Championship is the headline act that uses grid girls, but they feature in the lower rungs of national racing too.

In reality, the rules on BTCC grid girls have been pretty relaxed in recent seasons, and Team Dynamics even provided grid boys for its Hondas in 2014. 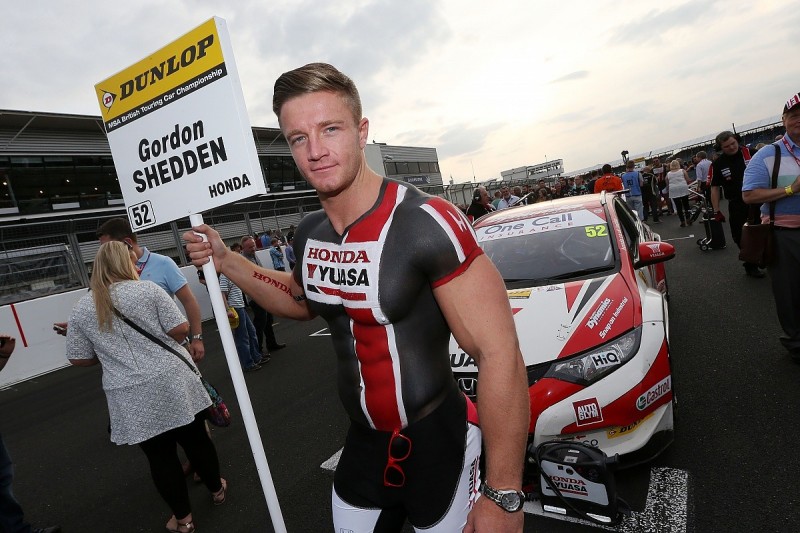 In the BTCC, the grid board rules have been tweaked for this year - indeed, they were altered before F1 made its announcement.

BTCC regulation 6.10.6 now states: "Startline boards will be provided by TOCA. Registered teams are required to supply one person per registered car in suitable clothing to be on the grid for each race with the startline board at the front of the registered car's grid position when directed to do so by officials."

Teams will now be able to use who they choose to hold the grid name boards. They don't necessarily have to be female. So long as the grid person is over 16, it is up to the teams to decide how they want to present their machines.

Most of the team managers and principals within the BTCC have expressed their desire to keep the grid girls. They are usually employed by teams and remain loyal to a driver across the entire season.

Speedworks Motorsport co-owner Amy Dick explained that the role of a grid girl at a BTCC meeting is more than just wearing Lycra and standing in front of Tom Ingram's Toyota Avensis.

"Having a beautiful girl in an equally striking outfit in front of our car creates added attention, glamour and exposure for our customers and sponsors alike," said Dick.

"There is nothing seedy, exploitive or sexist about it, the girls work for us very much on their own terms and have input into what they are going to wear and how they promote the team.

"Our grid girls are independent businesswomen: when they are working for us they are brand ambassadors who have the responsibility of representing our team, driver and the brands involved.

"They are commercially savvy through social media, on-event hosting etc, in fact they become an integral part of the promotional team as a whole throughout the season on and off the grid."

And that is a common theme: the fact that grid girls do far more than just pose with the cars.

HMS Racing boss Simon Belcher says that it has no plans to alter its set-up for 2018 to promote its Alfa Romeo Giulietta, which will be driven by Rob Austin. 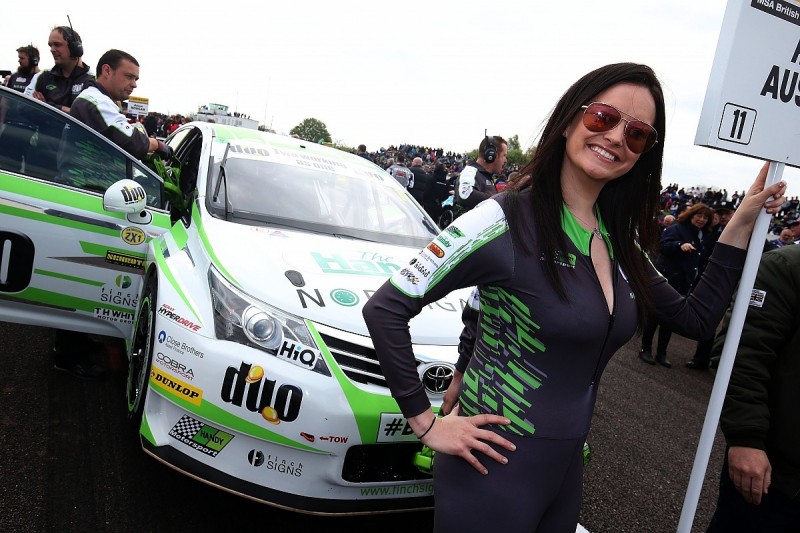 "For us it is not about what sex you are. Our grid girl is Jo Paddon and she has worked for us for the last three seasons," he explained.

"Jo does far more than hold the name board on the grid, she is always around to interact with our supporters and has a great rapport with them all. She also updates our social media over the weekend.

"I believe in equal opportunities and while we may have a grid girl she is like every other member of our team. She even helps pack up the garage at the end of a race weekend.

"It's about what you do and making a difference, not what sex you are."

The issue is a contentious one, and has stirred up a lot of emotion: while the majority of teams are planning to stick to the systems they have used in the past, there is some reluctance.

AmD Tuning boss Shaun Hollamby, whose team will run two Audi S3s and two MG6s in this year's championship, has mixed views on the subject.

"As a team boss, I would be happy not to have grid girls as it would save money," said Hollamby.

"But, as a sponsor, I would say keep them because they generate social media coverage.

"Then again, as a father, I would say keep them because both of my girls - Lottie and Josie - have been grid girls and it built their confidence and also showed them that just because you are a pretty girl, it doesn't mean you can't be clever - my Lottie is studying engineering at Swansea University."

Some other team bosses will be taking a different approach this season, too.

BTC Norlin team boss Bert Taylor says: "We will be asking the girls if they want to do it. They are a major part of our team, but it will be their choice. I think that's the only way to do it." 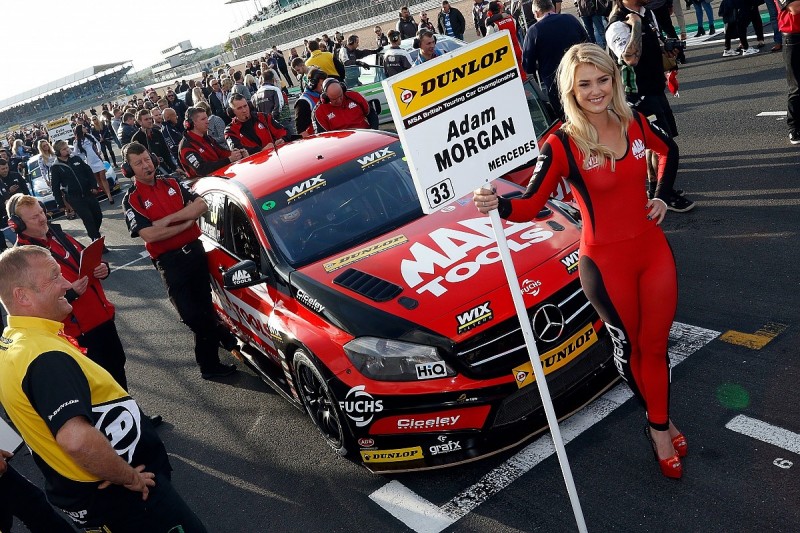 The team's commercial director Norman Burgess explained: "Mimi is a lovely person that is not only a massive and integral part of our team is also very important to me commercially.

"For example, at the beginning of March, she will be on stage at the Telford International Centre with Adam and myself handing out awards to the franchisees of our sponsors. More than 1000 people will be in attendance and, like the Ciceley Motorsport team, everybody enjoys spending time with Mimi, who has a great sense of humour and is respected by all she meets.

"She is just as important as any other member of the team. To go racing Ciceley Motorsport must, like most other teams, attract sponsorship and brand awareness. Mimi is seen almost as often as the car on social media and other publications."

So while F1 is turning its back on grid girl, it seems that the teams in the BTCC are adamant that they should stay. Whether that is right or wrong, they will be around on the UK grids for a few more seasons to come yet.