Hill, driving a Motorbase-run MB Motorsport Ford Focus, was one of the first to have slick tyres fitted on the drying track, and twice briefly held pole position before pitting for two new Goodyears at the front.

On his final flier, he was significantly up on his first two sectors, only to be baulked at the chicane by Plato’s Power Maxed Racing Vauxhall Astra, which was heading for the pits.

Light contact was made between the two cars, and Hill failed to improve, leaving him seventh on the grid.

“I was really happy with the car’s balance – the team did a fantastic job giving me what they could considering we’d not been round here in the dry,” Hill told Autosport.

“On my first stint on the slicks I was generating rear-tyre temperature, and with four minutes to go I had new fronts and went out.

“I threw everything at the out-lap and went for it, and in the first two sectors it was pretty good.

“It was a fantastic run until I caught Jason at the chicane and… yeah, I don’t know what to say.

“He’s known I was there, and he stopped in the middle of the chicane, and I’m not best pleased, but there’s not much I can do.

“He’d have known he was going into the pitlane and should have done something about it.”

Plato responded by saying: “I got a very late call on my radio [to warn that Hill was behind him] and he was up my chuff.” 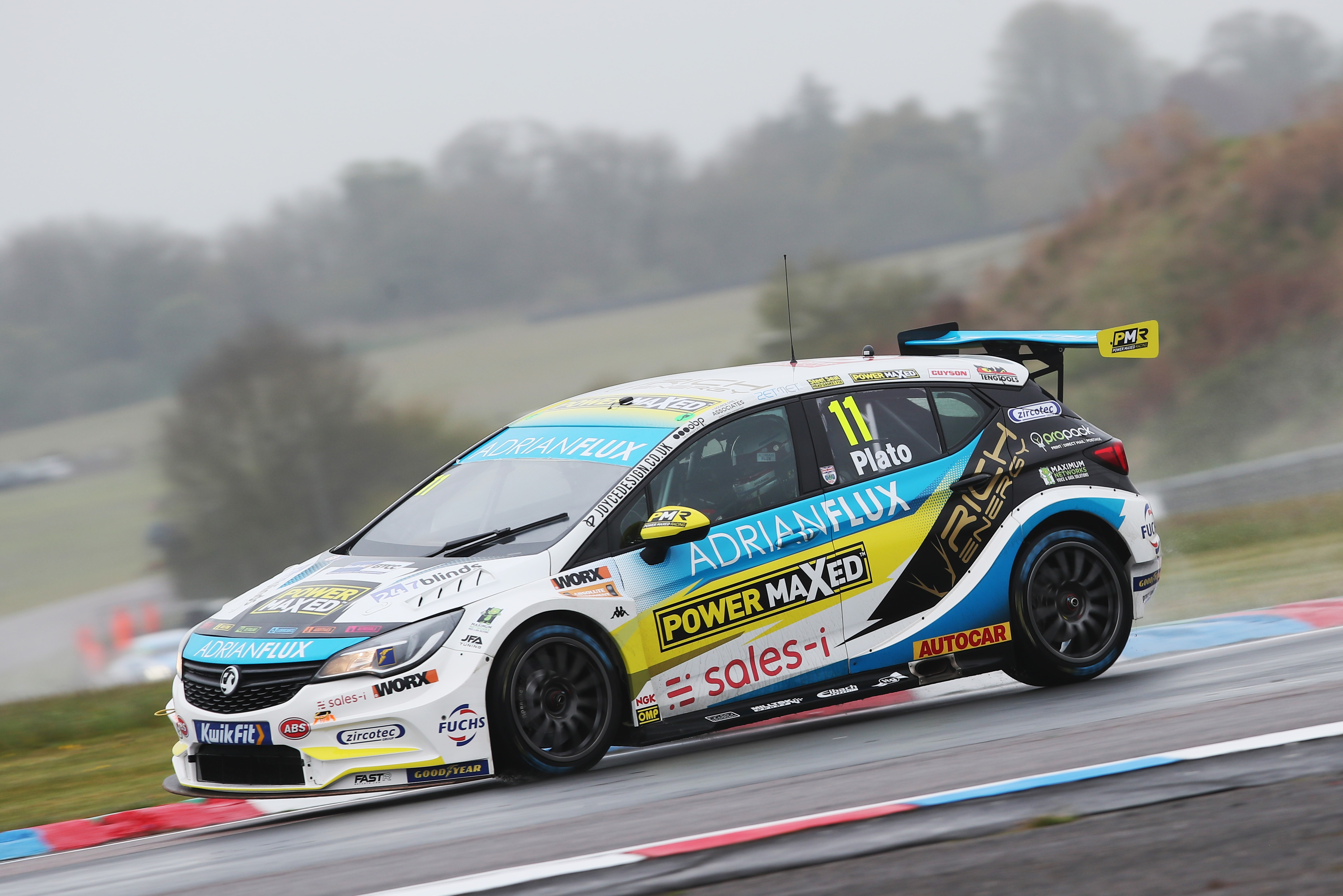 On his return to the BTCC after a year’s sabbatical, Plato qualified 11th, with the car set up for wetter conditions so “it was a handful on slicks”.

He pitted one lap too late for slicks due to “a communication error”, and was then slowed by Jade Edwards pulling her BTC Racing Honda off the track after lightly hitting the barriers at Village.

“We’re going to backtrack to what we had in the third race here in 2019, where we had a really good car, because today we learnt nothing,” he added.

Plato’s PMR Vauxhall team-mate Dan Lloyd similarly delayed Rory Butcher, who like Hill had pitted early for slicks and was on new fronts for a final flier in his Speedworks Motorsport Toyota Corolla.

Butcher’s best time was the provisional pole as the chequered flag fell, only for last-lap improvements to dump him to fifth.

Like Hill, Butcher was up in the first two sectors before he caught Lloyd at the chicane.

He passed the Vauxhall without trouble, but that took him off line and he caught a big slide on the exit.

“I had the car beneath me to fight for pole and I ended up catching traffic in the final corner,” said Butcher.

“It wasn’t his fault – it was completely innocent.

“I decided to pass and that then put me out of position through the chicane, and that cost me the lap.”