The reigning champion passed early leader Rob Collard's BMW 125i M Sport on lap two as the pack headed into Becketts and scampered clear to an untroubled win, despite the fact he was on the less-favourable soft tyres.

"The rear-wheel-drive BMW went away well at the start, but I was able to nip past and pull away," said Shedden.

"The car was great and I could have gone on for another 20 laps.

"I knew I would have grip at the start and the move for the lead was strong. I thought I was going too fast for the soft tyres, but the car was handling really well and I was able to stay off the kerbs and look after it." 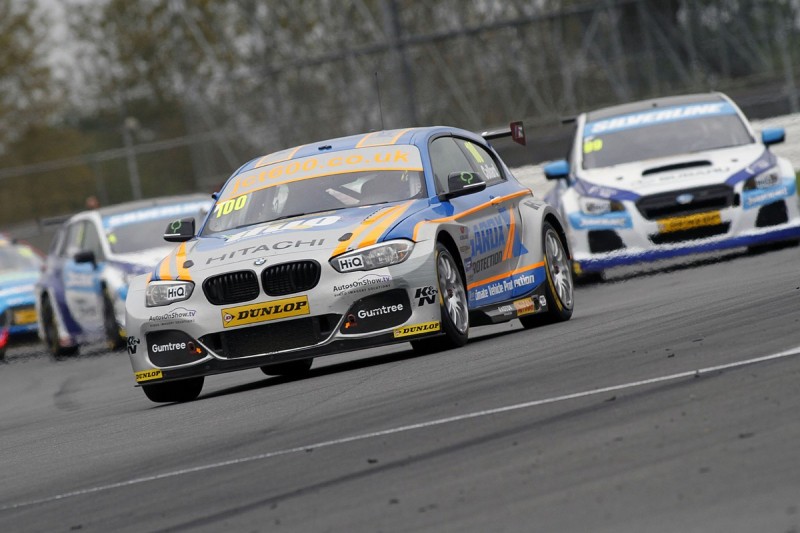 Collard fended off the Subaru pairing of Jason Plato and Colin Turkington to the final lap, when Plato dropped out of fourth place with three corners to go after suffering a puncture.

That allowed another title contender, Matt Neal, to climb to fifth at the end in his Team Dynamics Honda Civic after he had early overtaken points leader Sam Tordoff (BMW 125i M Sport).

Tordoff now leads Shedden by 11 points, with Neal 13 points adrift. The final rounds are at Brands Hatch on October 1/2.