Five-time British Touring Car Championship race winner Jack Goff has split with Team Hard on the eve of the 2022 season, which starts this weekend at Donington Park.

Speculation had been swirling recently of a split between Goff and Hard, which missed the second official pre-season test at Croft.

Hard arrived for last week’s final test at Thruxton with three Cupra Leons for Aron Taylor-Smith, Bobby Thompson and eleventh-hour signing Nic Hamilton, plus an Infiniti for Rick Parfitt, who never got onto the track, but Goff was absent.

Team boss Tony Gilham did not want to comment at Thruxton when asked about the situation with Goff, who was slowest of all in the first official test at Donington.

But this week Goff posted on social media: “A month ago I had to make the hardest decision after the Donington Park test and inform Team Hard that I will be stepping away from BTCC this 2022 season for multiple reasons.

“Team Hard came back with a new deal but unfortunately today I found out from them that this is no longer possible.

“This has been the hardest decision for me, but I hope to be back in the future.

“I wish all the best to Team Hard and Tony and I thank you for the years we have spent together.

“We look ahead to new opportunities!” 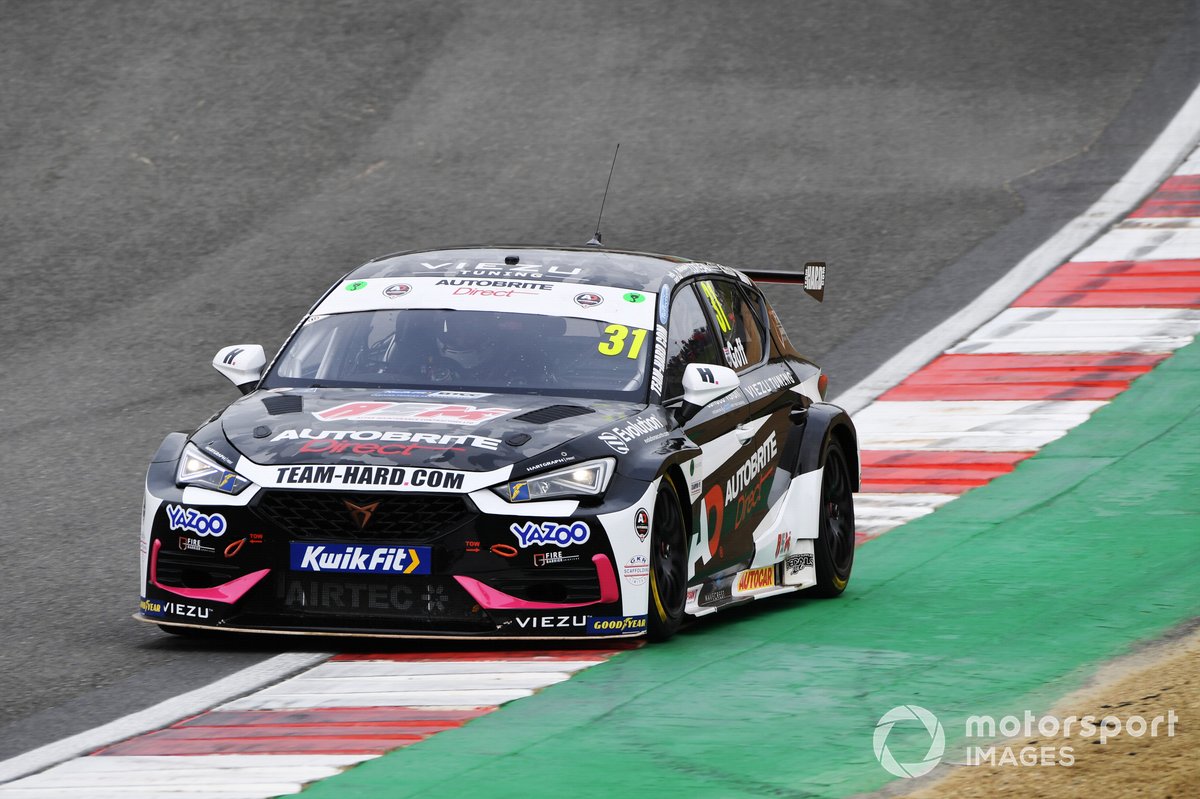 Goff graduated to the BTCC in 2013 as the reigning Renault Clio Cup champion, driving for Gilham’s team.

He has spent four years of his BTCC career driving for Gilham, and gave Hard its first win in 2019 at Silverstone with a Volkswagen CC.

Efforts by Autosport to reach Goff to expand on the situation were unsuccessful.

Hard has been given a period of grace by BTCC organiser TOCA to not replace Goff for Donington this weekend – it will therefore retain all of its existing TBL entrants’ licences and plans an imminent announcement of the 31-year-old’s replacement for the second round at Brands Hatch.

“I’m gutted that at this late stage Jack won’t be returning for our fifth season together,” said Gilham.

“He and his family feel like one of our own and he will be sadly missed.

“I’d like to thank Jack for all his hard work over the years, he has been a great asset and ambassador for our team.

“Our friendship off track will continue and we hope Jack can race one of our cars again some day.”