Team principal and driver Lines had been uncertain he would be fit for the start of the season following a mountain bike accident that left him with muscle and ligament damage.

He has now decided to step aside in favour of 25-year-old Cook, who was on the sidelines after the Triple Eight-run MG team signed Aron Taylor-Smith and Dan Lloyd.

"After my accident, we started analysing our options for the forthcoming campaign to allow myself enough time for recovery," said Lines.

"When Josh announced he was without a drive, we grasped the opportunity to sign a very capable young talent.

"I'm disappointed that I won't be lining up on the 2017 grid, as the car has undergone a significant programme of upgrades over the winter period and is now down to a much lighter weight. 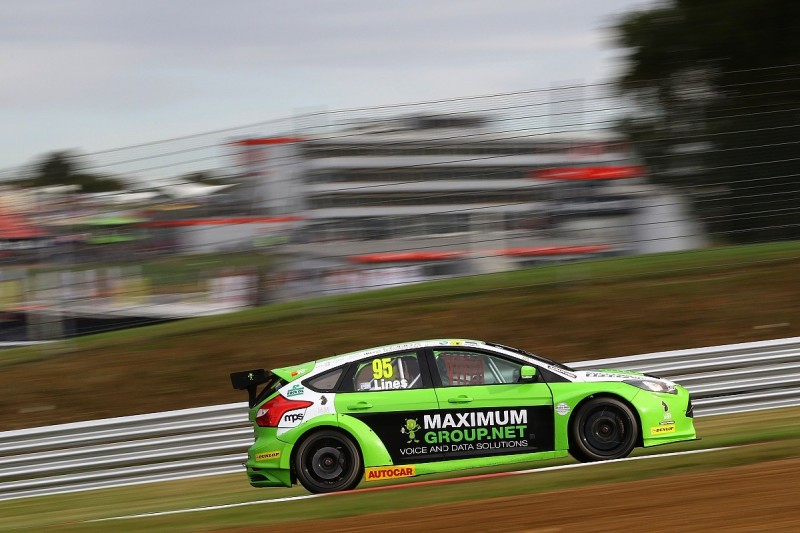 "Despite this, I am delighted we're running Josh this season and believe we've got the complete package to produce some strong finishes."

Cook has been a podium finisher in both his BTCC campaigns so far, having stepped into the series in a Power Maxed Chevrolet in 2015 after being runner-up in the '14 Renault Clio Cup.

"The support that I received when I announced my departure from MG was incredible.

"I'm immensely grateful to Stewart for enabling my return.

"It's taken a lot of effort with multiple new sponsors.

"I think we've got a great package with Maximum Motorsport, the Focus has been upgraded over the off-season and with Team Parker Racing looking after the operation of the car throughout the year, we should be pushing for strong finishes from the off."