Toyota British Touring Car Championship ace Rory Butcher has pinpointed his breakthrough win at Oulton Park to overnight improvements made at the previous round at Brands Hatch.

The 34-year-old Scot moved to the Speedworks Motorsport-run Toyota team to replace the team’s long-time favourite Tom Ingram for 2021.

While Butcher was able to drive the Corolla onto the fringes of the fight at the front in the opening two rounds at Thruxton and Snetterton, he qualified a lowly 16th next time out at Brands.

But a turnaround in form at Oulton, Speedworks’ local track, enabled Butcher to qualify third, and he won the second race of the weekend while carrying 48kg of success ballast from fourth place in the opener.

“It’s probably been difficult for everybody,” Butcher told Autosport of his first three race weekends with Speedworks.

“They’ve been used to Tom’s amazing end to last year.

“It became a case of, ‘how can we adapt the car for Rory?’, and that process started on the Saturday night at Brands Hatch.

“In race three I got up to P7, and passed Ingram, Ash Sutton and got fastest lap – the biggest difference was going forward; I haven’t had much of that this year.” 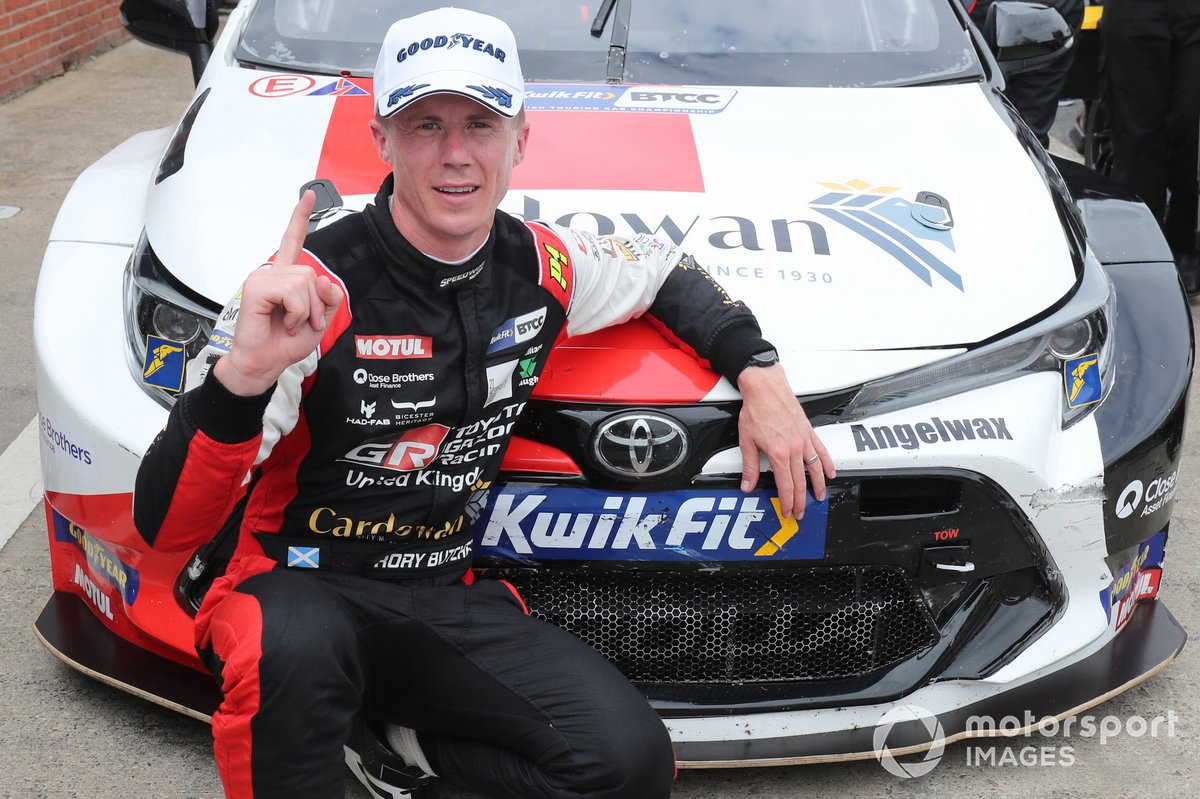 Butcher has had a nomadic career since he entered the BTCC in 2017, and has never started a season in a car he has raced before.

Ingram appears to favour a loose, skittish car, while Butcher has been adapting from the more user-friendly Ford Focus he raced in 2020.

“Now I can attack the way I want to, and in the process I’ve learnt about what I want from a car.

“It’s nice to go into a qualifying session feeling I can fight for pole.”

Speedworks boss Christian Dick was pleased not only with Butcher’s progress, but also that of inexperienced team-mate Sam Smelt, who put in by far his best qualifying performance to line up 15th.

The Toyotas have also progressed from near the bottom of the speed traps at Snetterton to the sharp end at Oulton, something Dick ascribed to increased pace off the corners.

“It’s taken a little longer than we would have liked, but we’re definitely in the window now – it’s beginning to click,” he said.

Butcher’s weekend at Oulton ended when he was crashed out of the finale by the out-of-control Laser Tools Racing Infiniti of Carl Boardley, which had brake failure on the entry to Druids.

It leaves Speedworks with a lot of work to do to prepare the car for next week’s round at Butcher’s home circuit of Knockhill as he bids to improve on his current eighth in the points.

“We had a power-steering issue, that plagued us at Brands on the Saturday,” said Butcher of his slide down the field.

“Carl was a passenger when his brakes failed, and it’s just disappointing – that shouldn’t happen and it’s crap for the team.

“We’ve only got a two-week turnaround and there’s so much work to do.”