It comes after last month's tweak, brought in for the Thruxton round and carried forward to Silverstone, under which the rear-wheel-drive BMWs and Infinitis had their boost restricted by 11.5% up to 125km/h away from the startline.

Now TOCA has decided to keep the figure at 11.5%, but has lowered the speed to 110km/h, after complaints from rear-wheel-drive teams that it was slowing their cars down too much in the second phase of starts.

Notably, West Surrey Racing BMW driver Tom Oliphant twice lost out on getaways in the restarted Silverstone reversed-grid race, which he started on pole position, to the Motorbase Ford Focus of Ollie Jackson.

BTCC technical chief Peter Riches told Autosport: "We always said we would fine-tune it depending on what we observe.

"There shouldn't be an advantage [off starts] for front-wheel drive."

But Oliphant, who lies sixth in the championship going into the triple-header at Croft, is adamant that the concession does not go far enough. 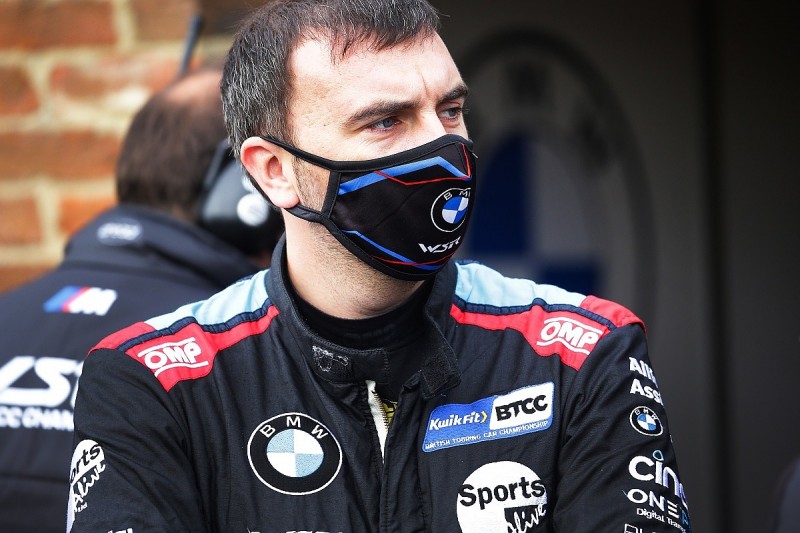 "There needs to be a boost restriction, but we're pretty much stalling off the line.

"OK, we have good traction, but that's physics, and there are advantages for front-wheel-drive cars too.

"I agree we had to be pegged back in the initial phase [of starts], but how they've done it is hurting us all the way up to the first corner.

"I think I was starting with 40bhp less at Silverstone against a Ford - no wonder he beat me off the line twice, and he openly admitted he had a naff start."

WSR boss Dick Bennetts, whose four-time champion Colin Turkington is second in the points to Ash Sutton in a rear-wheel-drive Laser Tools Racing Infiniti, said that the current Goodyear tyres have also played into the hands of front-wheel-drive teams.

"These tyres are so durable now that they can run more preload to help them break traction [at the start]," said Bennetts.

"And in free practice here [at Croft], you've got front-wheel-drive cars quickest across the startline [speed trap] and it's out of a tight hairpin - how does that happen?"

BTCC Croft: Cook fends off Hill for Honda 1-2 in opener