BTCC to trial new qualifying system at Snetterton in 2020

Instead of the usual 30-minute session, drivers at Snetterton will have a 25-minute period to record lap times, and the top 10 fastest competitors will then go into a 10-minute shootout.

The times will be reset and the 10 drivers will then get the track to themselves to set a further benchmark time to fix the top five rows of the grid.

BTCC chief executive Alan Gow explained said if the experiment was successful it could lead to further alterations.

"We are always looking at how we can spice things up, so we thought we could give this system a try," said Gow.

"It is not a one-shot for each driver, they will be able to set as many laps as they want in the final period to determine their starting positions.

"We are not saying that this is something that will be adopted everywhere, but it is something we want to trial and see how it works."

Tyre nominations have also been tweaked for 2020. 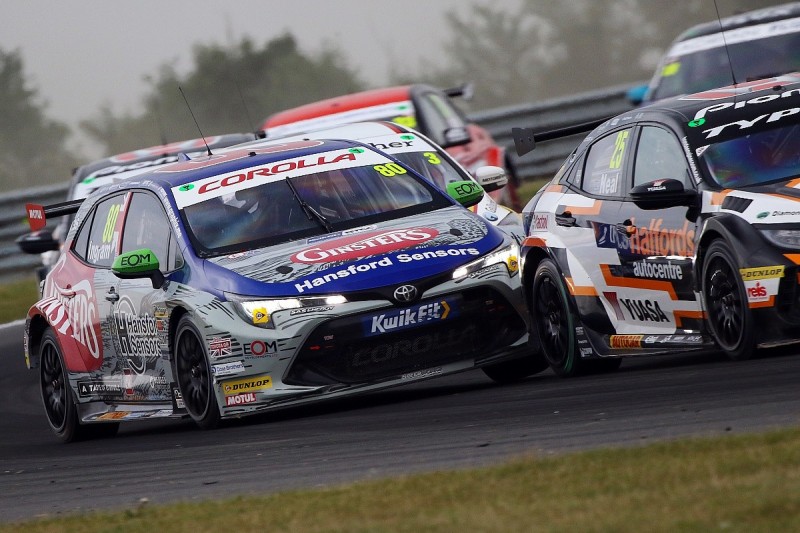 Since the introduction of the option tyres, entrants have been required to nominate when they will use the joker tyre before qualifying.

That will be scrapped in 2020, with drivers able to opt to use the joker tyre at any point during raceday.

Croft, which takes place in the middle of August, will join Snetterton as an event where each driver is required to use the hard, medium and soft tyre over the course of the three events.

It was an initiative successfully trialled at Snetterton this year.

Drivers will still have an allocation of joker tyre usage, and they are not allowed to use the special rubber more than three times in either race one, two or three throughout the 30 rounds.

Gow said: "Croft is a suitable event for us to do the three-tyre choice because, after it was resurfaced at the beginning of 2019, the new surface will allow us to do it.

"The nomination change will allow drivers to think on their feet and use different strategies across the different race weekend. It should spice up the action."

The levels of success ballast have also been tweaked slightly.

Maximum success ballast will be increased from 54kg to 60kg kilograms, reducing in 6kg increments thereafter down to 10th place as follows.

Success ballast in the BTCC will be replaced when the BTCC's hybrid regulations come in for 2022, and will be managed through that system instead.