After a difficult campaign to date, Cammish’s Ford Focus ST was allowed the full amount of 15 seconds of hybrid boost for qualifying, and the Berkshire-domiciled Yorkshireman narrowly shaded acknowledged 'King of Thruxton' Josh Cook’s early effort on his final run.

“It’s an amazing feeling,” said Cammish, who returned full-time to the BTCC for 2022 after skipping most of 2021 to win the Porsche Carrera Cup GB.

“What a year it’s been – I’m really thankful to the team for sticking and believing in me.

“We’ve turned a corner and I can feel the car underneath me now. We just let the tyres do the business and put it on pole with three really good laps.

“I thought we’d stick at P2 [rather than go for a final run], but Pete my mechanic said, ‘Go and do it again!’”

Cook survived a wild moment on his second run at Allard, when he struck the inside kerb and was pitched wide into a slide on the grass on exit, to improve on his third and final effort, representing a big turnaround from his dismal qualifying form of the past few rounds.

“I did two [almost] identical laps on two different runs,” said Cook. “I just couldn’t find that last bit, but I like to go racing around Thruxton.”

Jake Hill placed third on the grid, and his West Surrey Racing-run car was the only BMW 330e M Sport in the top 13.

Hill, on 3s of hybrid, explained that changes made in free practice to his car had moved things in the right direction. 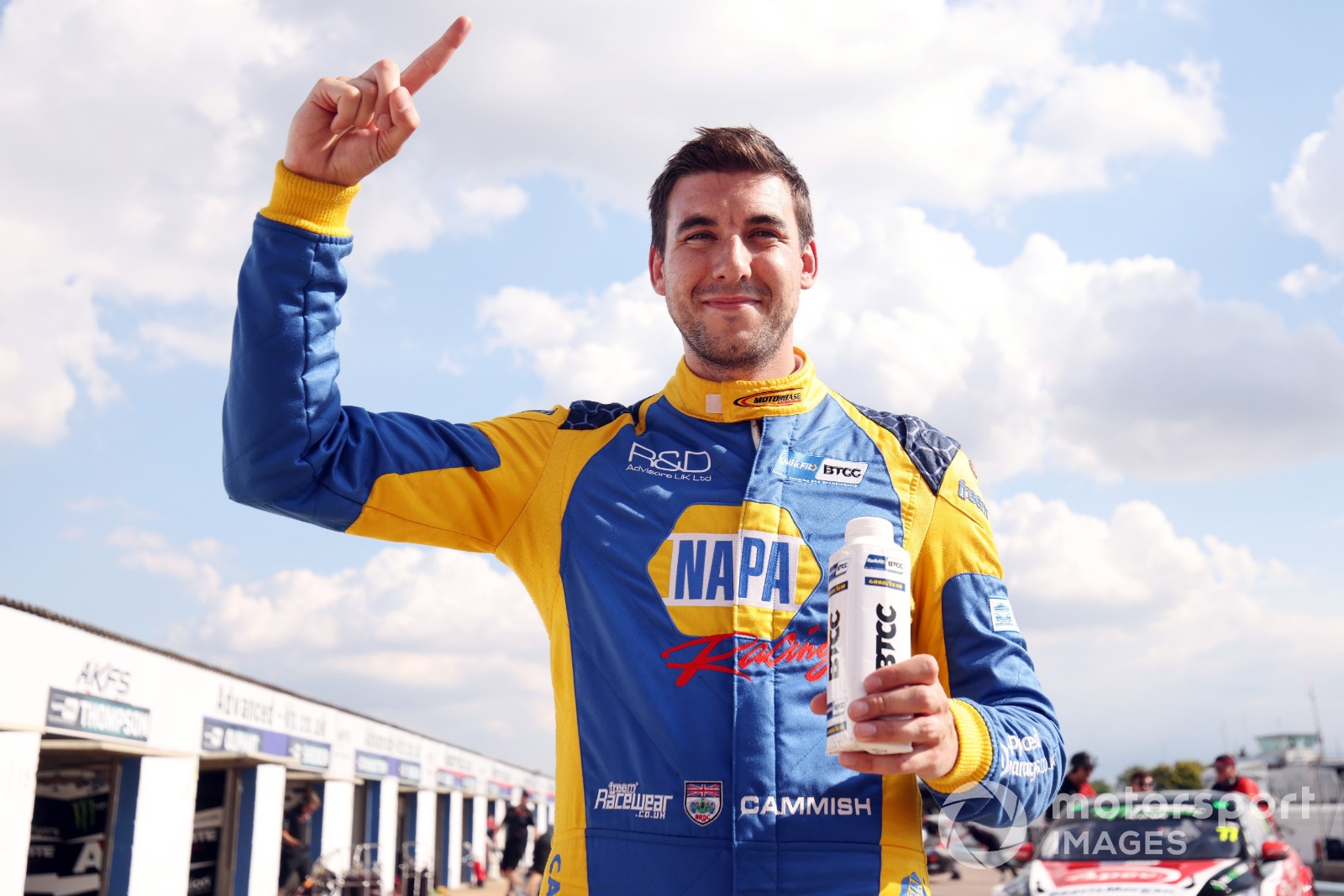 Cammish beat Cook to pole in BTCC at Thruxton

The Northern Irish four-time champion was allowed no hybrid usage and was less than 0.2s off the top six in a very close cluster of times, but his cause wasn’t helped with two separate grass-tracking moments at the Complex.

Ash Sutton was another title contender on the green stuff. While the sister Motorbase Ford of Cammish took pole, Sutton, with 4.5s of hybrid use, claimed fourth position on the grid.

First Sutton had a brief grass-skimming moment at Allard. Then, moments after Cammish’s pole lap, he was on a very quick effort and had just flashed through the second sector 0.1s up on his team-mate’s pole time when he dropped it at Church Corner and spun across the track onto the infield.

Gordon Shedden (9s hybrid) put his Team Dynamics Honda well in contention in fifth on the grid, while the Power Maxed Racing Vauxhall Astras put in by far their best performance of the season, with Ash Hand heading Michael Crees in a team 6-7.

Eighth-placed Dan Rowbottom put the Astras in a Dynamics Honda sandwich, with Tom Chilton ninth in the best of the Excelr8 Motorsport Hyundai i30 Ns.

The top 10 was completed by Ricky Collard (Speedworks Toyota), although Jason Plato (BTC Honda) matched his time exactly, and the sister Toyota of Rory Butcher was just 0.001s adrift.

They all headed free practice pacesetter Tom Ingram who, with just 1.5s of hybrid on his Excelr8 Hyundai, languished in 13th – albeit two spots in front of Turkington.