It marked Morgan's second victory of the season in the Ciceley Racing Mercedes-Benz A-Class.

Aiden Moffat, who had started on the front row but dropped down the pack after contact with Neal at the Complex at the opening corner, retook second from Neal going in to Allard on lap six.

However, the teenager was ruled out of a podium finish and what would have been Mercedes-Benz's first one-two finish in the history of the BTCC when he suffered a puncture on lap 10.

That promoted Neal, carrying 75kg of success ballast, into second position but his machine also suffered a tyre failure at the end of lap 11.

Neal's limping car was coming out of the chicane and tried to turn right in to the pit lane, but the Triple Eight Racing MG6 of Josh Cook was already alongside and there was contact.

That fired both across the track and several following cars were caught up in the accident, including reigning champion Gordon Shedden (Dynamics Honda Civic Type R), who came to rest against the pit wall.

That brought out the red flag, with the results taken back a lap.

Morgan kept the win with Tom Ingram, who had started on pole in the Speedworks Motorsport Toyota Avensis, in second place. 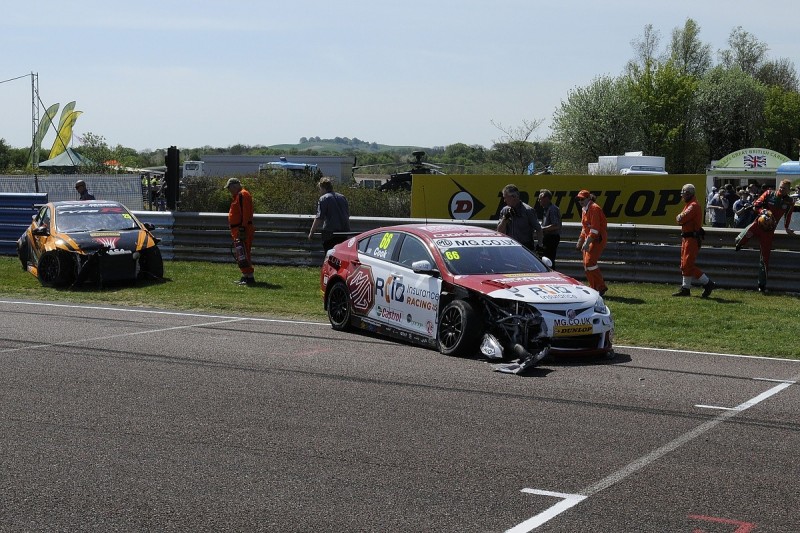