A power-steering failure left erstwhile championship leader Shedden 16th in qualifying, and he made little progress in race one with 75kg of success ballast to finish 14th on soft tyres.

Running in the midfield meant he only set the 12th-fastest lap, and a mid-pack concertina led to him being punted into the barriers by team-mate Matt Neal on the opening lap of race two and retired.

A boost problem left him with a sole point for fastest lap in the finale and he is now third in the standings, 32 points adrift of new leader Jason Plato.

"Part of the shaking around is people out of place in qualifying," technical director Barry Plowman told AUTOSPORT.

"For the guys carrying the most amount of ballast it is totally unfair. You can win with the weight, as long as you are at the front you can race if the people around you are sensible.

"You can go quickly on your own but the minute you're in a bit of combat you lose momentum. But it's the same for everybody."

Plowman conceded it could have derailed Shedden's title bid, but the Scot said he would fight back at his home round at Knockhill in two weeks' time.

"I don't really know what to say," Shedden admitted. "I don't think I've ever had a weekend where I've had so much bad luck.

"It is what it is, we've got to move on and make the best of the next one now."

Neal, who also retired from race two, picked up the team's best result with sixth in race one and progressed from the back of the grid to 11th in the finale. He is now sixth in the points. 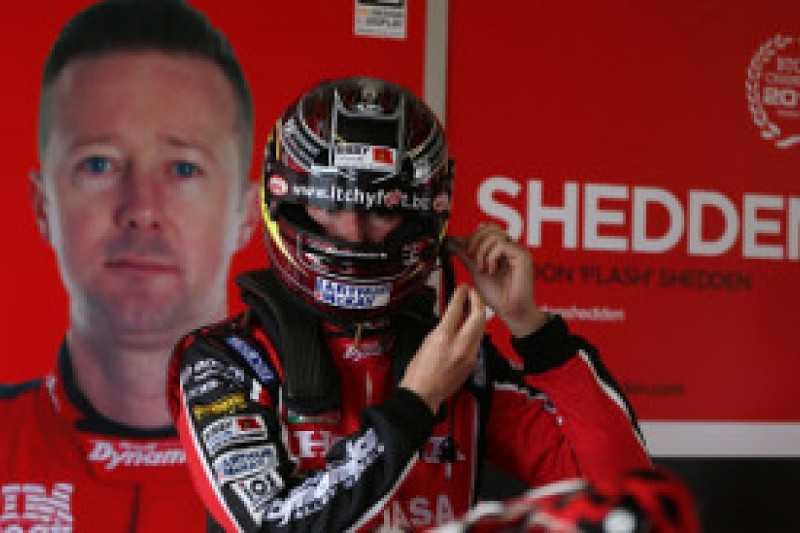 Gordon Shedden's tumultuous weekend at Snetterton was the best (or worst, depending on where you stand) example yet of how the BTCC's new regulations can bite the established frontrunners.

While there have been complaints in the early stages of the season, several drivers and team figures have also supported the extra tactical element the new rules have brought to each race weekend.

To an extent, I agree it is unfair to punish success. And it's particularly easy to be sympathetic when it has a negative impact as significant as it did for Shedden. But there are ways to play the system.

Plato, for example, sacrificed race one at Croft after qualifying 11th to avoid any kind of accident in the mid-pack melee, and went for a quick laptime. That put him in a decent position for race two, and by extension race three.

You might think the new rules are wrong; that emphasis is being placed on the wrong areas, but after an appalling Snetterton Shedden will be lighter (and probably more spectacular) at Knockhill. That's exactly the sort of variation it was introduced to achieve.