Hondas were to the fore in free practice for the Oulton Park round of the British Touring Car Championship, with Dan Rowbottom setting the quickest time across the two sessions.

The bearded West Midlander languished in the midfield in the opening session in his Team Dynamics Civic Type R, but sprang to prominence later on to shade championship leader Josh Cook’s early-morning times-topper by 0.024 seconds.

Rowbottom, who took his first and so far only BTCC race win at the Cheshire venue last season, focused on short runs, and indeed his best in the second session was over two seconds up on his next fastest lap.

“It’s going well so far, but it can all go wrong yet!” said Rowbottom.

“We had a really good balance last night in the shakedown, and that continued into FP1, but we struggled on the brakes. We worked on that and it’s good now.

“To be fair we were close [last time out] at Thruxton, it was maybe just the last little 5% we couldn’t get our heads around, but we’re looking good now.”

Cook continued his epic start to the season by topping free practice one in his BTC Racing Honda by 0.243s from the Excelr8 Motorsport Hyundai i30 N of Tom Ingram.

Although Cook was in the midfield in the lunchtime session, his morning best was still good for second overall.

Ingram was second again in free practice two, just 0.059s adrift of Rowbottom with a time set at the chequered flag, to be third fastest on combined times across the two sessions. 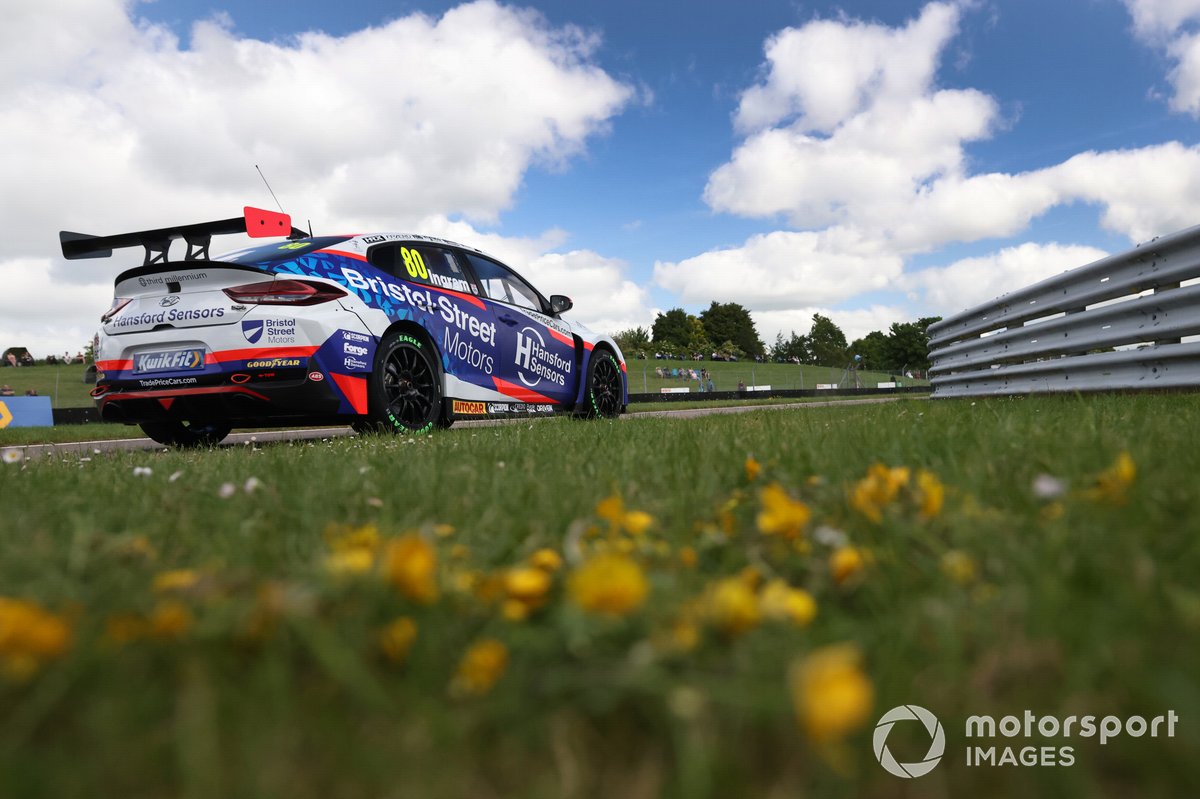 The two Hyundais bumped down Aiden Moffat, showing his best form of the season to date in his Laser Tools Racing Infiniti Q50.

Rowbottom’s team-mate Gordon Shedden was fifth in the second session to be sixth overall, while fastest of the BMWs was the Ciceley Motorsport 330e M Sport of Adam Morgan – the Lancastrian was third in the morning, but failed to improve later on, taking seventh overall.

In between them was Bobby Thompson in his Team Hard Cupra Leon, who was in the top 10 in both sessions.

Reigning champion Ash Sutton’s Motorbase Performance Ford Focus looked evil at Druids in the morning session, when he twice took to the grass to control moments at the high-speed bend, but even so he was fifth fastest, although he dropped outside the top 10 later on.

The West Surrey Racing BMWs of Jake Hill and Colin Turkington were also buried in the times, although Hill made it into 10th place in the second session.

Donington GP circuit back on BTCC calendar in 2023