Four-time British Touring Car champion Colin Turkington bounced back from his Oulton Park shunt last time out to claim pole position for the fifth round of the series at Croft.

The Northern Irishman repaid the work by West Surrey Racing in hurriedly prepping his previously pensioned-off 2019 title-winning BMW 330e M Sport by delivering a peach of a lap – a new Croft BTCC qualifying lap record – on a circuit where he has won 13 times in the series.

After two early red flags, current series runner-up Tom Ingram, allowed just 1.5 seconds of hybrid use on his Excelr8 Motorsport Hyundai i30 N, moved to the top of the times, but then he failed to improve on that best and eventually slid down to fourth.

Ingram’s Excelr8 team-mate Dan Lloyd, the other driver involved in the enormous Oulton accident with Turkington, then popped his repaired Hyundai to the head of the field, and sat there for eight minutes.

Into the closing four minutes, Turkington – allowed 4.5s of hybrid – eclipsed Lloyd’s best, and then the Team Dynamics Honda Civic Type R of Dan Rowbottom also went quicker to take the other slot on the front row, 0.027s adrift of Turkington.

“Team BMW have had a massive job to basically rebuild the car, and it’s been all hands to the deck and a lot of late nights,” said Turkington.

“Yesterday in shakedown I was not really feeling it – it’s the first big shunt I’ve had and my body didn’t want to go to the limit.

“But we just chipped away, improved the car and my technique, and the magic happens again in qualifying.”

Rowbottom, allowed the full 15s of hybrid, backed up his form from free practice, in which he was second in the later session, to edge out the Hyundais – both Ingram and Lloyd (12s hybrid) set quicker theoretical best times than Turkington. 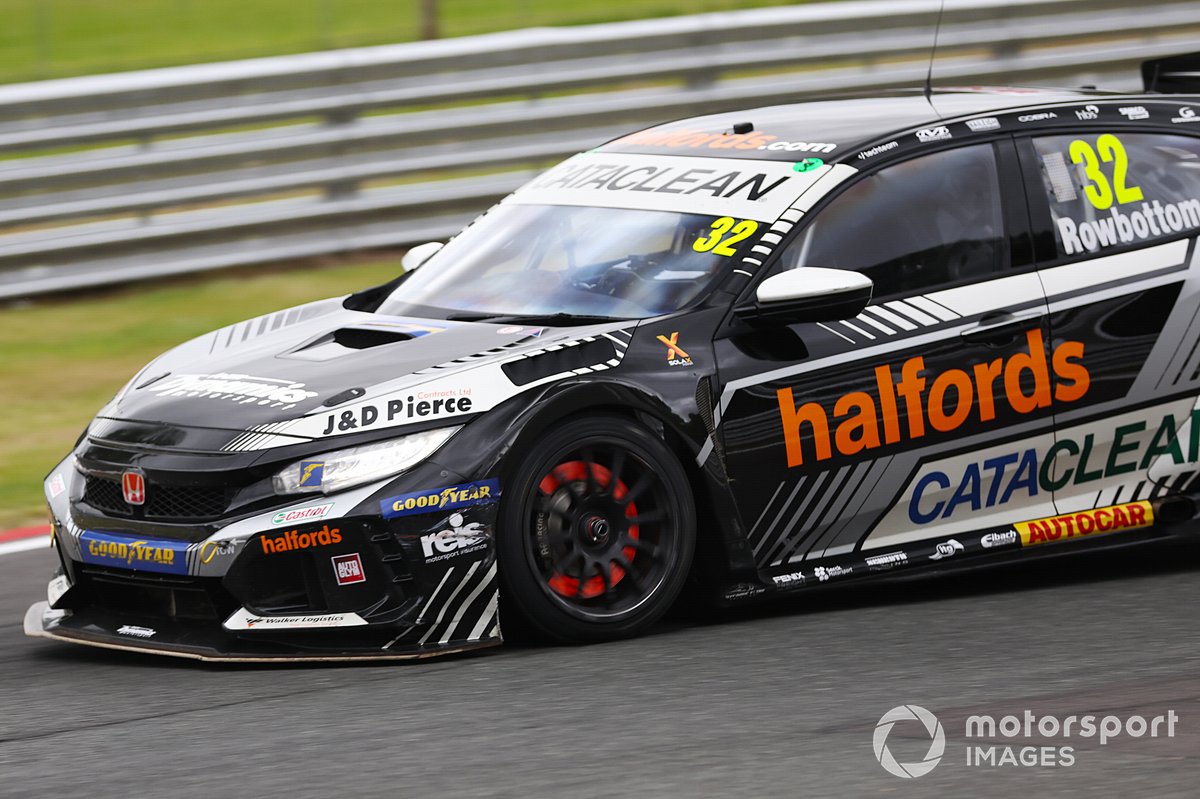 Also quicker on than the polewinner on sector times were free practice pacesetter Gordon Shedden, who made it two Dynamics Hondas in the top five on 7.5s of hybrid, and Jake Hill, who is the second WSR BMW driver in the leading six on 6s of hybrid.

Ash Sutton, allowed 3s of hybrid on his Motorbase Performance Ford Focus, made a giant leap forwards from the team’s tough free practice to go seventh, and is joined on the fourth row by the third of the Excelr8 Hyundais, in the hands of Tom Chilton.

It was their respective team-mates Adam Morgan and Dexter Patterson who caused the early red flags, Morgan hitting the tyres at Clervaux and Patterson clouting the barrier at Hawthorns, although Morgan did rejoin the session.

Another red flag truncated the session with less than a minute on the clock after Michael Crees went off.

Championship leader Josh Cook, struggling all day in his BTC Racing Honda, is way down in 20th position – he pitted with damaged left-rear suspension halfway through the session, but still got a run in towards the end.

Dan Cammish looked on for a solid top-10 effort in his Motorbase Ford before getting baulked in the final sector.