The 23-year-old clinched the title in only his second year in the BTCC last season, taking his rear-wheel-drive estate-shaped Levorg car to six wins and nine other podiums to defeat WSR BMW 125i M Sport driver Colin Turkington.

Sutton had been BMR's first academy driver in 2015, when he raced to title success in the Renault UK Clio Cup Championship.

He progressed to the Triple Eight Racing MG squad in 2016 and won his maiden BTCC race as well as claiming the Jack Sears Trophy for rookies.

He teamed up with Jason Plato, James Cole and Josh Price last year and, despite an early-season struggle, eventually finished 21 points clear at the top of the standings in the factory-backed car.

Sutton said: "Last year is going to stick with me, it was a rollercoaster of a season but one that's going to sit well in the memory bank.

"I wouldn't have been able to get where I am now if it wasn't for all my sponsors and for the BMR Academy that have supported me from the beginning.

"Everyone has been asking how I will approach this year now I am going in defending my title. I won't be changing my approach too much but just making sure I am honing in on all my defects that stood out this year, to make sure I am in the best possible position come the end of the season." 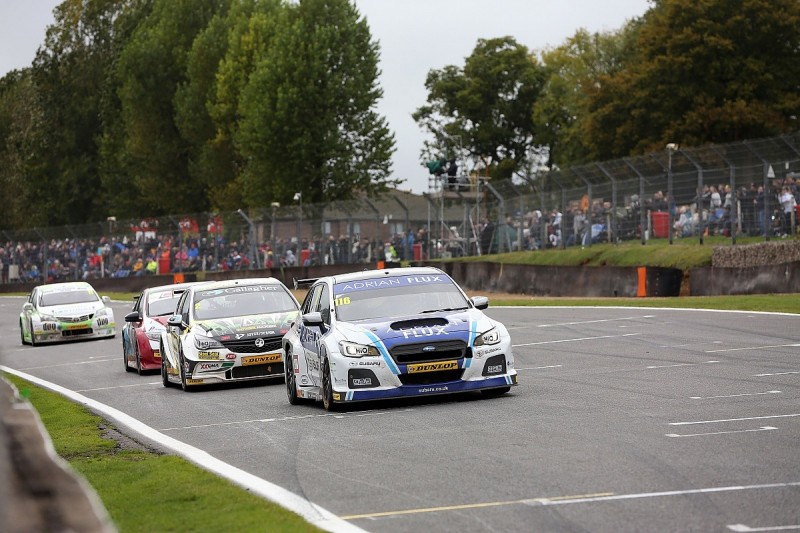 BMR team boss Warren Scott added: "We're delighted and extremely proud that Ash will be carrying the number one on his Subaru Levorg for 2018 and we are very excited about the season ahead.

"With Ash wrapping up the drivers' championship last year we will be looking to defend that title along with launching a full assault on clinching the manufacturers' title for Subaru along with the overall teams' championship."

Sutton will be a guest at the Autosport International Show at the NEC in Birmingham over the weekend.

Bosses of BMR, which ran four Subarus in last year's BTCC, say details of the rest of its line-up will be revealed within the next few weeks.