A minor fuel issue restricted driver Rob Austin's running in the morning, but the car was fixed in time for the afternoon when the track had dried.

Austin said he was thrilled with the way the car performed over the course of its initially running.

"We stuck the set-up we had from our 2017 Toyota Avensis on to the Giulietta initially, just as a baseline," he said.

"From the number-crunching we had done back at base, we reckoned that would make the Alfa oversteer so it was a moment of truth when we took to the circuit properly.

"Oversteer was exactly what we got, which was a relief because it meant we had done our sums right.

"We got plenty of laps in and we were making progress with the car all through the day.

"I would say the car did everything I wanted it to, and that is a credit to our lads who put it together." 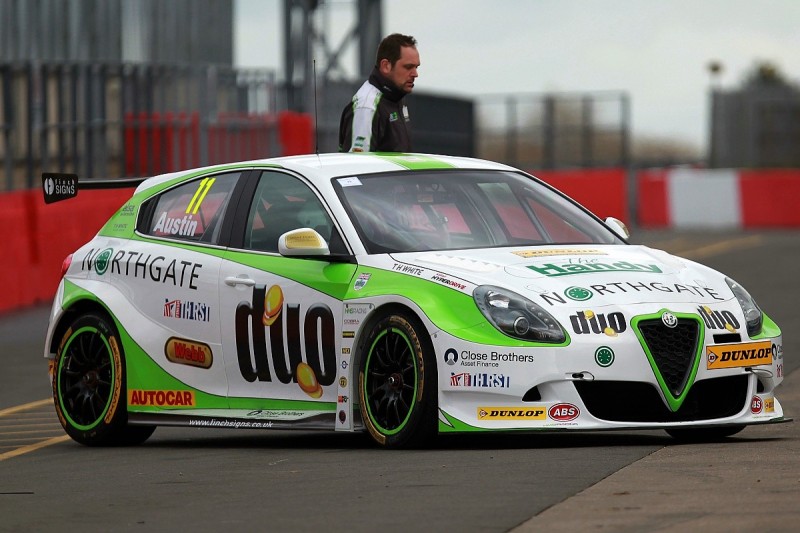 The Giulietta will now go to a shaker rig for further development work before returning to the track in two weeks' time, when the team is hoping for better weather when it runs at Brands Hatch.

"We had put all out efforts into building what we hoped was the best BTCC car we could, but then so does everyone else.

"Despite the problems with the supplied parts in the morning, the car itself ran perfectly and we got in about 30 laps.

"It has already shown a great deal of potential."