The 21-year-old broke his victory duck at Donington Park last season and took another win at Brands Hatch at the end of the season on his way to 13th in the standings. He was seventh in the Independents Trophy points.

Moffat, who still has the record as the youngest BTCC competitor when he took to the grid at Knockhill in 2013 aged 16 years old, 10 months and 28 days, says work done to his car over the course of last season has given him optimism for 2018.

"We improved the car a lot over the 2017 season and we've got a lot of development planned before the 2018 season starts," said Moffat.

"We have particularly been looking at the car's aerodynamics and we've made some fairly minor but still quite significant bodywork modifications for the new season.

"Saying that, at the closing rounds of 2017 at Brands Hatch, the car felt very good indeed: it had great pace and I could place it wherever I wanted. 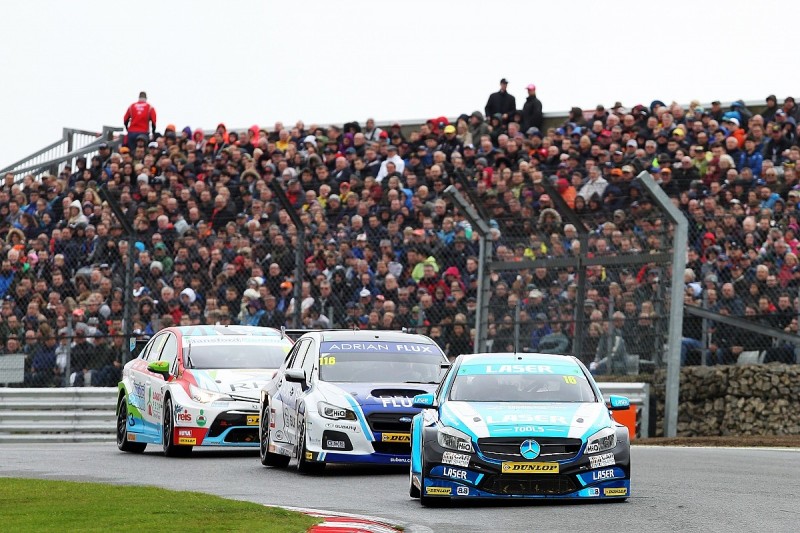 "I am very confident in the car and feel that we are in a great position going into 2018."

Moffat's will be the third Mercedes-Benz A-Class on the grid alongside the two Ciceley Racing-run versions of Adam Morgan and Tom Oliphant.

The Laser Tools Racing news means that there are only six slots left on the 32-car grid which have yet to be filled.

One of those is the factory Honda Civic Type R seat alongside Matt Neal in Team Dynamics, and the identity of that driver is expected to be revealed before the end of this week.