The 132-page special, put together in conjunction with the BTCC's official media partner the Haymarket Consumer Media, reflects on each of the 30 races that were fought out over 10 race meetings at nine different venues across the United Kingdom, along with full statistical analysis of every race.

There is a special exclusive interview with champion Gordon Shedden and his path to the coveted silverware is plotted. 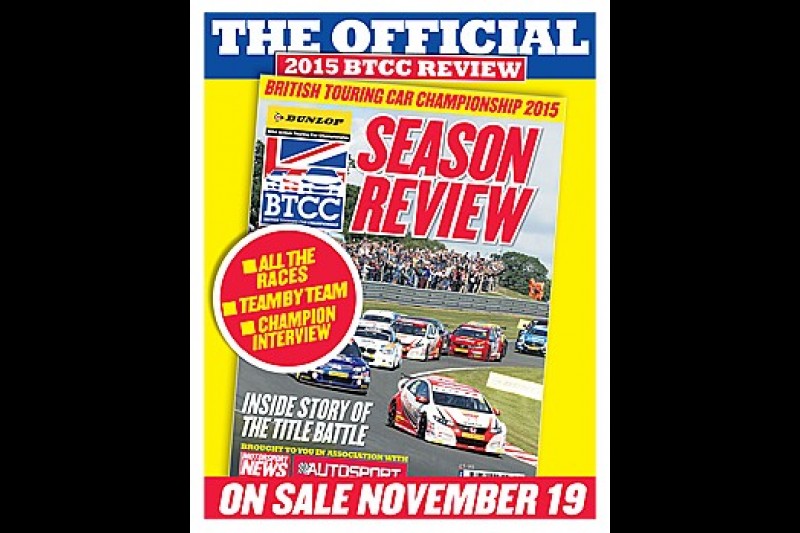 Each of the 19 teams that took part in the category is featured, with a full insight into their season's journey.

It features a chance to go behind the scenes with Team BMR, and triple world champion Andy Priaulx reveals what ingredients make up the perfect tin-top driver.

Also included is also a run down of all the drama from the action-packed BTCC support race bill.

"The BTCC has cemented its place as the pinnacle of motor sport in the United Kingdom and our unrivalled access to the people at the very heart of the category means we can get the inside track on what made the season tick.

The 2015 Dunlop MSA British Touring Car Championship Season Review is available to buy or order from your local WHSmith.