Three-time British Touring Car champion Gordon Shedden staked his claim to be the fly in the ointment of the 2021 title fight by topping free practice for the final round at Brands Hatch.

Shedden, who has won twice this season but is out of the championship picture, was one of a raft of late improvers in the faster second session to lead the way in his Team Dynamics Honda Civic Type R, which arrives in Kent on 21kg of success ballast.

That was enough for Shedden to head the unballasted Excelr8 Motorsport Hyundai i30 N of Chris Smiley by a mere 0.021 seconds, the Northern Irishman another to jump into contention late in the reckoning.

Dan Lloyd is another driver to have come into form later in the season – the Power Maxed Racing Vauxhall Astra pilot was third fastest in the slower morning session, and was well in the frame later on too as he took fifth quickest, one spot ahead of veteran team-mate Jason Plato.

Tom Chilton, by contrast, has not had the greatest of times of late but swung his Ciceley Motorsport BMW 330i M Sport into seventh position.

Dan Rowbottom topped the morning times with his very last lap, which was more than 0.5 seconds quicker than any he had wrung previously from his Dynamics Honda, on 9kg of ballast – he was quicker in the lunchtime session, but dropped to eighth in the times.

Championship leader Ash Sutton, carrying the full whack of 75kg success weight on his BMR-run LTR Infiniti, was a very promising fourth in the morning.

PLUS: The making of the BTCC's newest superstar 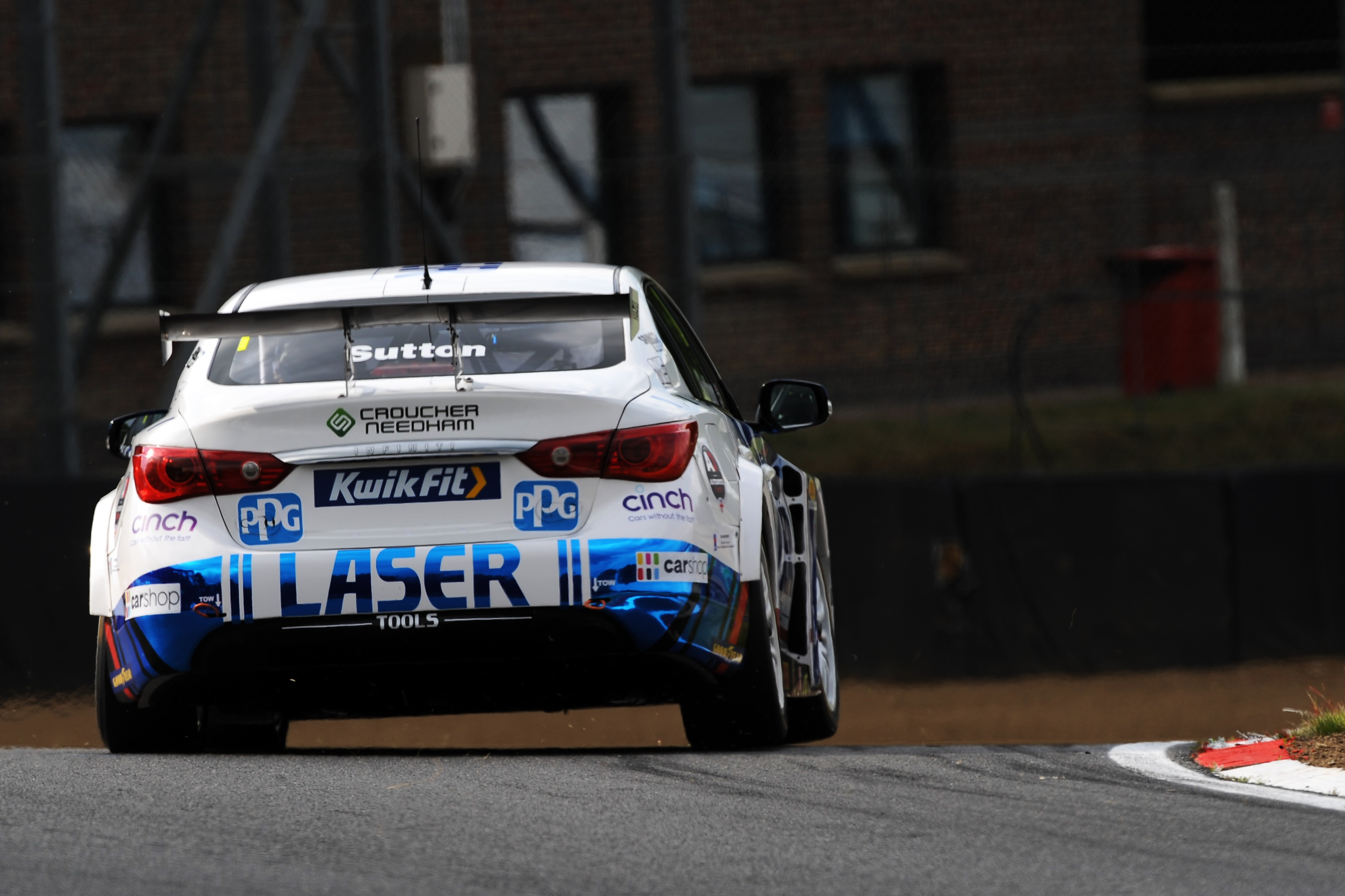 But in the second session Sutton appeared to have trouble getting the car to turn in to the fast turns around the Grand Prix loop, before he re-emerged in the closing minutes to leap up 10 places and end free practice in ninth place.

The top 10 was completed by another title contender, Jake Hill, who has 48kg of ballast aboard his Motorbase-run MB Motorsport Ford Focus.

Of the three others who can potentially be crowned champion this weekend, Tom Ingram – on 57kg success weight – was the only one to just about sneak into the top 10 in either of the sessions.

Ingram’s Excelr8 Hyundai languished in the midfield in the second period, while conversely rank outsider Josh Cook (39kg on his BTC Honda) improved to end up in 12th.

Colin Turkington, who has a season-high qualifying and race-one ballast of 66kg on his West Surrey Racing-run BMW, was 15th in the morning but down in 20th in the lunchtime session.