Cook, who had the slenderest of mathematical chances of the crown entering the weekend, lined up second behind the sister BTC Racing Honda Civic Type R of Senna Proctor, but demoted the Yorkshireman into Druids on the opening lap.

Carrying 39kg of success ballast on the Honda, Cook could not pull out a gap on Proctor, but was not challenged on his way to victory by 0.639 seconds.

Attentions instead turned to Gordon Shedden, who got past Team Dynamics Honda team-mate Dan Rowbottom for third into Paddock Hill Bend on the second lap.

Shedden then set fastest lap as he closed on the BTC Honda pair, before the safety car appeared due to Andy Neate – who announced his retirement from BTCC competition this morning – going off in the gravel at Druids.

The safety car appeared to take the sting out of the contest and, while Proctor couldn’t get a run on Cook, neither could Shedden on Proctor.

Dan Lloyd took advantage of Shedden’s move on Rowbottom to slip his Power Maxed Racing Vauxhall Astra into fourth place at Druids, and held position from there in a processional contest.

Sutton brought his Laser Tools Racing Infiniti Q50 home in sixth place ahead of Colin Turkington, while 12th place for Jake Hill and 13th for Tom Ingram mean that they, along with Cook, are now out of contention for the title, which is between Sutton and Turkington. 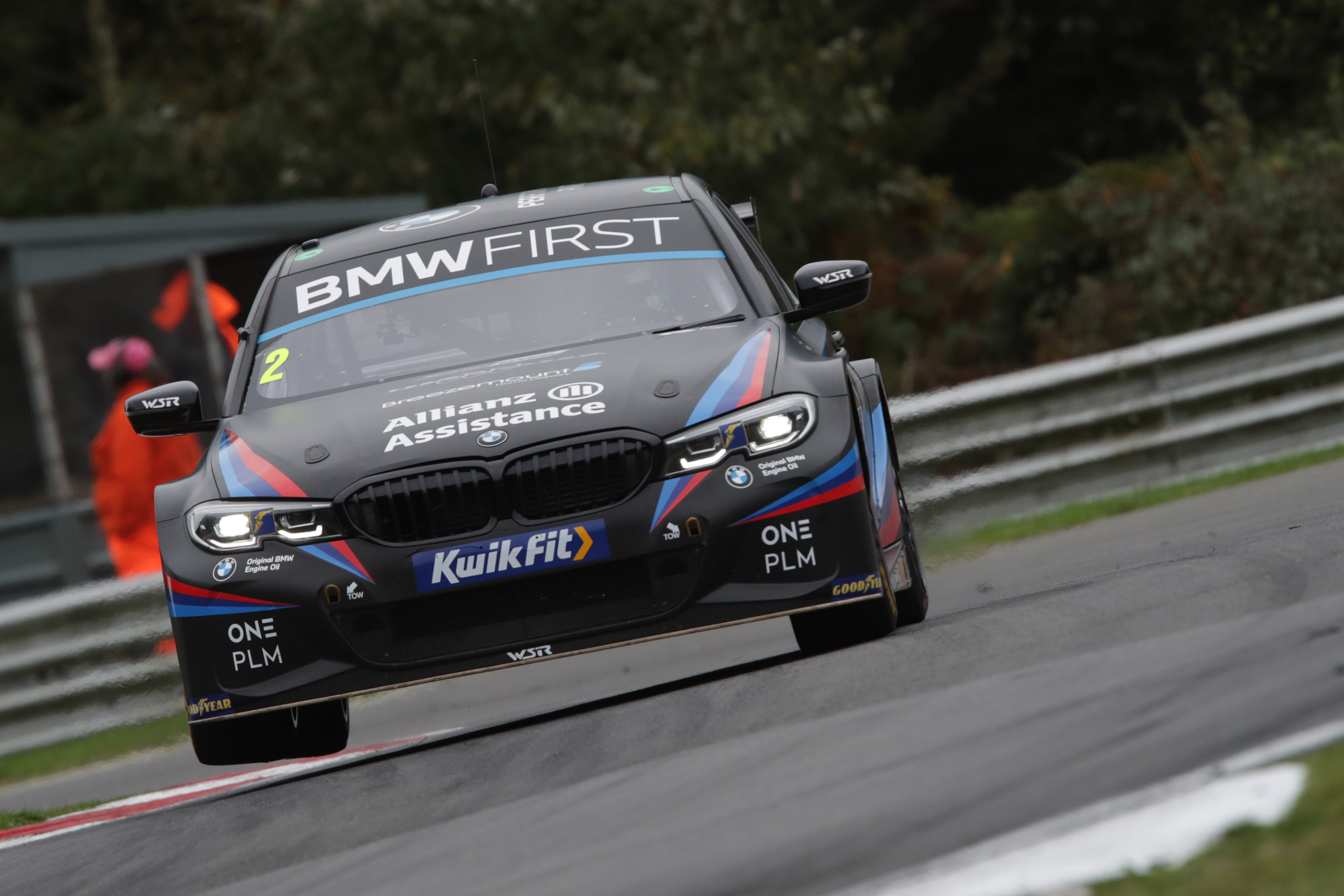 Turkington jinked his West Surrey Racing-run BMW 330i M Sport inside Aiden Moffat’s LTR Infiniti at Paddock for seventh on the opening lap, and applied pressure to Sutton early on, but the Infiniti drew away after the safety car.

Tom Chilton was ninth in his Ciceley Motorsport BMW, while Stephen Jelley’s WSR BMW followed him for most of the race.

Jackson pipped Oliphant to 10th, while Hill held off a ferocious attack from Ingram for 12th, which included a nerf at Clearways as they passed the slowing Jelley.