The 2011 British GT champion will partner Rory Butcher and drive the car used in the opening half of the season by Tom Boardman, who split with the team after June's Croft round.

Mini Challenge points leader Ant Whorton-Eales drove the MG when the BTCC resumed after its summer break at Snetterton and finished in the top 10 in the second race.

Geddie, 28, contested the BTCC in 2014 at the wheel of a United Autosports Toyota Avensis and finished 22nd in the standings with six top 15 finishes despite missing the final two rounds of the campaign. 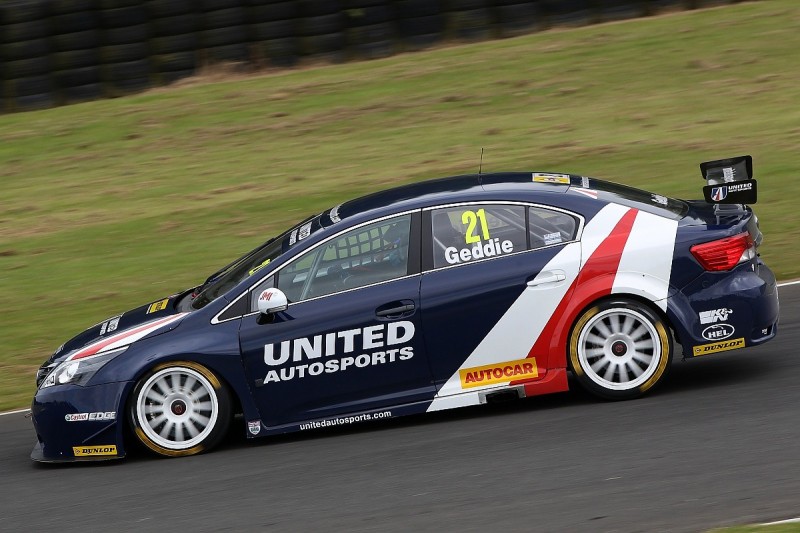 AmD Tuning team principal Shaun Hollamby said: "We are looking forward to welcoming Glynn to the team and we've already shown this year that we have a strong car on our hands.

"Indeed, if it hadn't been for an alternator failure in race one at Snetterton last time out, I believe that Rory Butcher could have had a couple of top 10s.

"Rory is a friend of Glynn's - everyone seems to know everyone in Scottish motorsport! And with rounds at Knockhill coming up on the calendar, this will be a great chance for Glynn to race in front of his home fans."