Being a finalist in the Aston Martin Autosport BRDC Young Driver of the Year Award is tough, but there’s one role that is arguably even more stressful. Ahead of the 2021 Award winner being announced later this evening, Autosport spoke to Charlie Robertson and Alexander Sims to find out more about the benchmark drivers' role

The benchmark driver has become a traditional element of the Aston Martin Autosport BRDC Young Driver of the Year Award tests at Silverstone. There’s no longer one for the MotorSport Vision Formula 2 cars, but the other challenges – last year the Garage 59-run Aston Martin Vantage GT3 and the BBM Sport Ginetta G61LT-P3 LMP3 – do come with their own experts.

The job chiefly entails making sure the car is running as it should, providing a benchmark lap time and data for the finalists, and giving advice and answering questions – from the young drivers and judges. It sounds simple enough, but it’s a lose-lose situation in some ways. If the benchmark driver is fastest, it’s just what was expected, but if one or more of the finalists goes quicker there is ample opportunity for embarrassment, particularly with plenty of other drivers and ex-racers around to join in with any banter…

“The pressure is on,” agrees Charlie Robertson, a former finalist and the 2021 Ginetta benchmark driver. “I’ve got to be on my A-game. It’s pressure in a different way to being a finalist.”

Some of the most memorable Award moments have come when a finalist does something outstanding in one of the non-single-seaters. Jenson Button was brilliant in the Nissan Primera Super Tourer on his way to winning in 1998, Alexander Sims stunned in the DTM Mercedes 10 years later, as did Lando Norris in 2016. Tom Gamble also impressed in his Ligier LMP3 drive in 2018 and is now forging a career in endurance racing.

Aside from the stars tending to shine (it’s rare that the big moment comes from someone other than that year’s eventual winner), Robertson believes that the difference in mentality between the benchmark drivers and finalists opens the door for shock results.

“As the professional driver, you get used to saving the car and it’s a different mindset,” says Robertson. “You can see the finalists are ready to run that kerb I might not want to run. They really want it and that’s what it should be. If you don’t come away knowing you’ve done everything you could, you’re not going to win.” 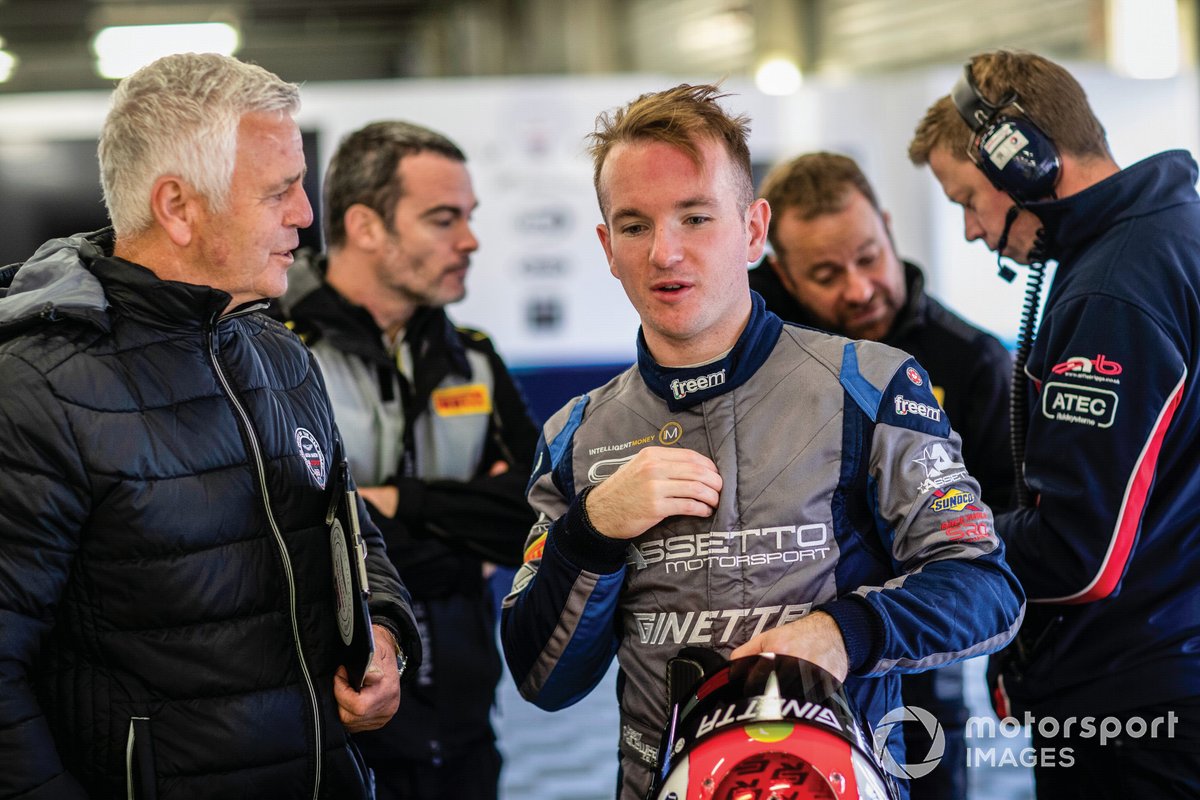 Insight: How the Aston Martin Autosport BRDC Award is judged

“There’s no upside to what you do!” says the Formula E race winner. “The finalists are trying to prove everything, which is fantastic, whereas for the professional drivers you are encouraged not to be like that all the time.

"The best are not necessarily the best in every car, but it’s good to get them into an alien environment and see who treads water quickest. It’s a fascinating element of the Award" Alexander Sims

“There are times to put things on the line but a lot of the time the risks outweigh the rewards, so to get that mentality to go out and do that lap is a challenge. It’s only when the finalists get in the car you realise that, rather than driving to a ‘sensible limit’, you should explore every piece of Tarmac.”

Sims’s job was even harder when he was the Ligier benchmark, since he’d never driven the car prior to the test.

“I did no research, rocked up and winged it, which is no good,” admits Sims. “And I paid the price.

“When you’re the regular driver you know what to do, you can get tuned into the track and you’re there or thereabouts. In the McLaren I was pretty chilled about it. Nobody was quicker, though they got close. In the Ligier it was almost a sensation of being a finalist because you know you’ll be judged by the people in the judges’ room. But also you want, as a judge, to make sure there is a representative lap time.”

Tough job though it is, the benchmark driver is an important part of the process. Sims points out that one of their first jobs is to “get a good understanding that the car is in a sensible driveable condition”, and to make sure the “balance is as expected”. Then they need to provide a good reference lap to help give the judges an idea of what the car is capable of. 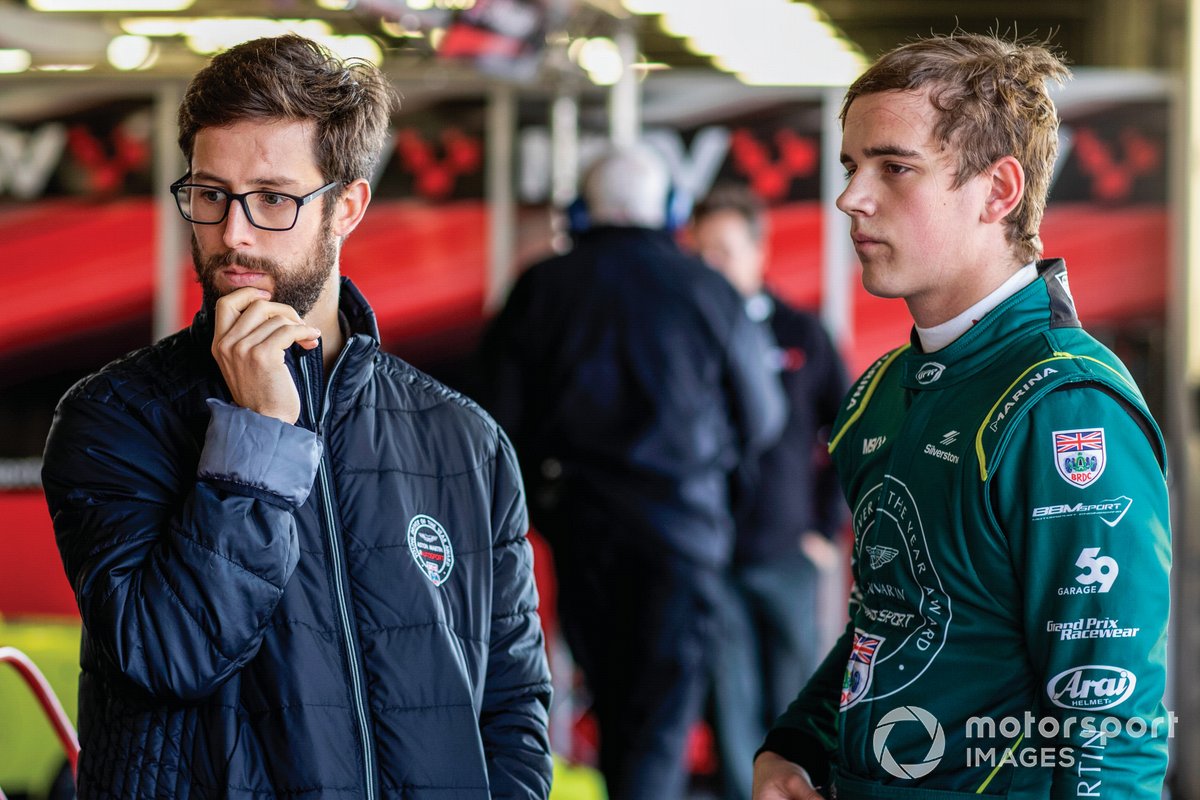 Awards judge Sims, together with 2021 finalist Jonny Edgar, says being a benchmark driver is a tough role

“To have a benchmark driver set a time and talk to the drivers is very important,” says chairman of the judges Derek Warwick. “I’m humbled by the feedback they give to the finalists, especially considering that feedback helps the young drivers go quicker and quicker, and get closer to them. You can see the nervousness on their faces because they don’t want to get beaten, and this year the finalists were really quick.”

Nervous or not, it all contributes to the final decision on who walks away with £200,000.

“Good drivers tend to show they can click with the characteristics of any car,” adds Sims. “The best are not necessarily the best in every car, but it’s good to get them into an alien environment and see who treads water quickest. It’s a fascinating element of the Award. No one part is more important, it’s building a picture.”

And the benchmark drivers are one of the key elements that help build that picture, even if there are some uncomfortable moments along the way.

“They do a brilliant job,” concludes Warwick. “They see how seriously we take it and they take it seriously. They’re massively important.” 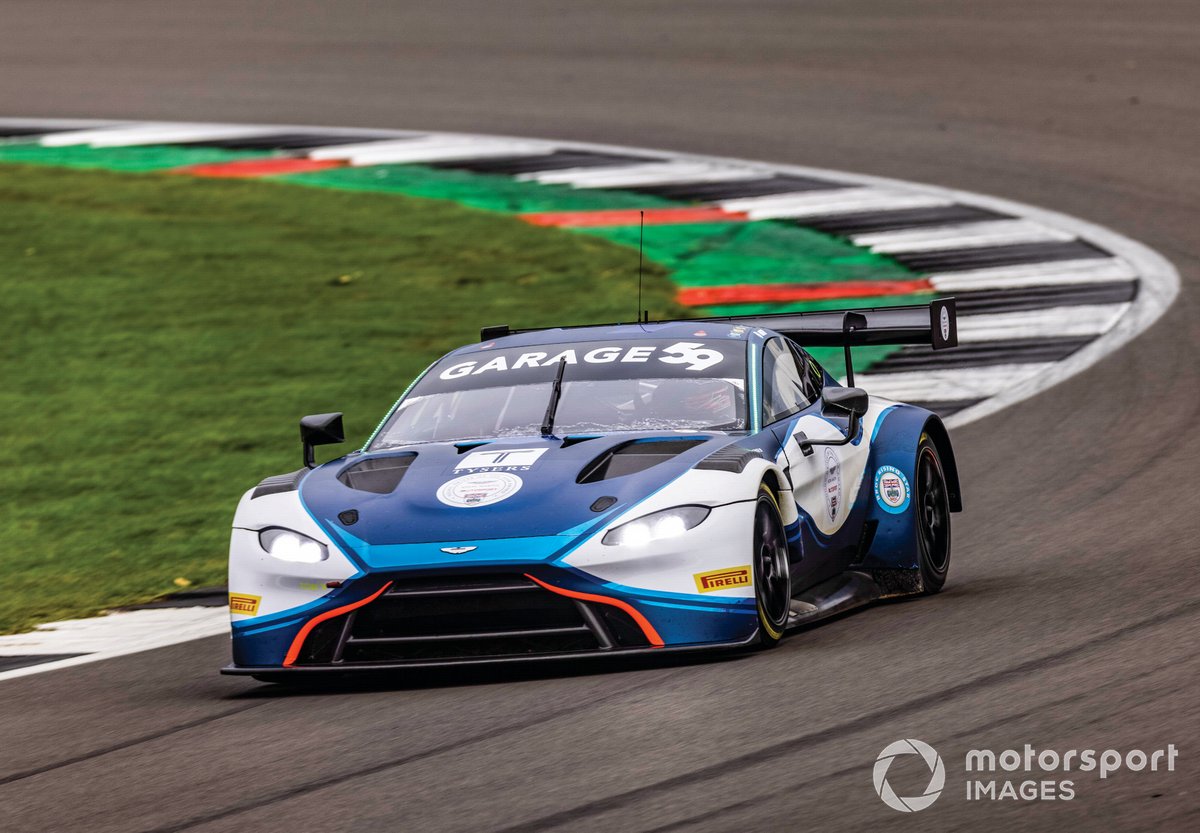