The new accolade recognises an individual who has given a lifetime of service to the sport and who leaves a lasting legacy for future generations.

The outgoing FIA President’s success was announced on 6 February at the Autosport Awards, which returned to a live event at Grosvenor House on Park Lane following the online-only competition of 2020 due to the coronavirus pandemic.

“Thank you for Autosport for hosting this great event for so many years and for this award,” Todt said, who was joined on stage by Derek Warwick, one of his drivers who won the 1992 Le Mans 24 Hours at Peugeot.

“I’ve loved cars all my life, it was my passion and my dream and in fact I didn’t have the career I was expecting, but I was hoping for. But if I look back at the 55 years I am quite happy!

“When things go wrong, that’s what makes us strong, when we learn and that is when I learnt.”

Later on in the ceremony, Todt was also given tributes by current F1 chief Stefano Domenicali and chief architect behind Formula E Alejandro Agag for his efforts as FIA president, having ended his time in charge of the world motor sport body in December.

“I was very happy to have a strong and united team behind me at the FIA, creating strong categories like Formula E, new rally championships and recognising the junior single-seater ladder,” Todt added, later joined by son Nicolas and wife Michelle Yeoh.

Todt began his motorsport career as a rally co-driver in 1966. The Frenchman served on the FIA Rally Commission, an organisation he would later lead, and was a successful co-driver.

His biggest achievements as a competitor came after he moved into management. He created the Peugeot Talbot Sport Team in 1981 and guided it to four World Rally Championships with the Group B 205 T16. He also masterminded success for Peugeot in the Paris-Dakar Rally. 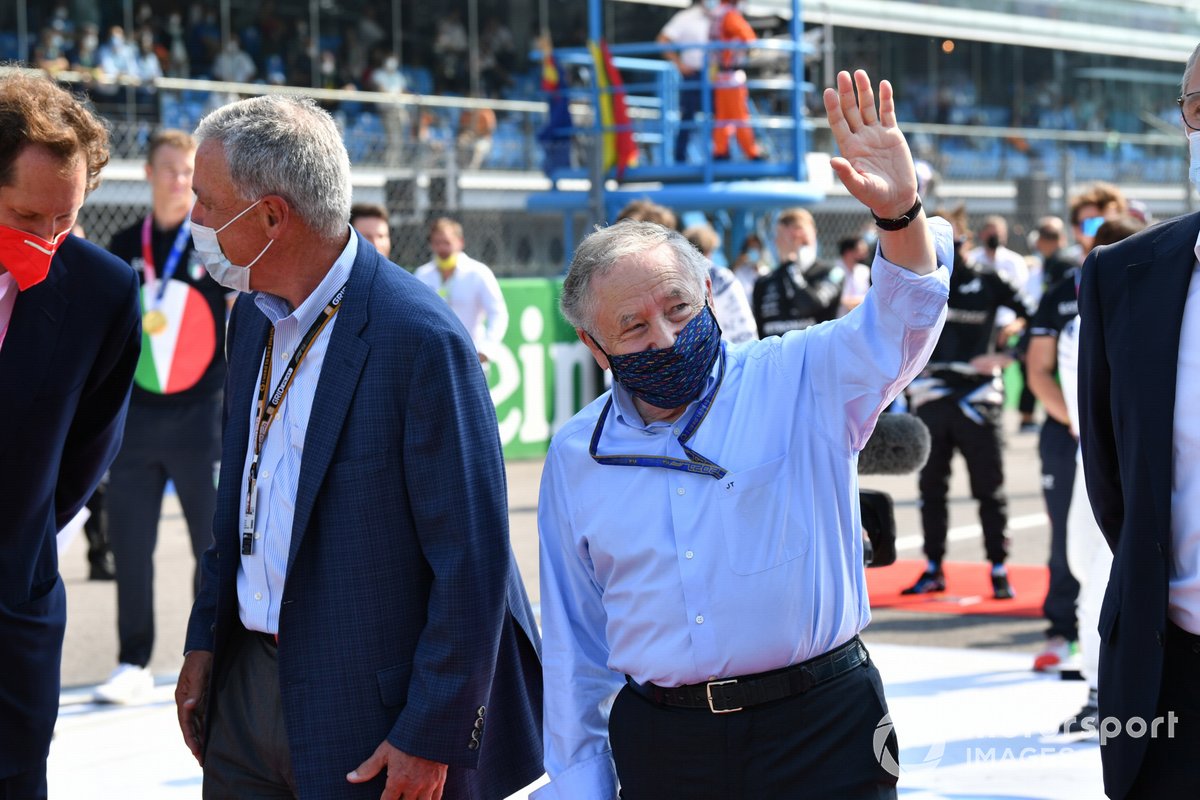 In 1993, on the recommendation of Bernie Ecclestone, he was headhunted by Ferrari chairman Luca di Montezemolo for the role of team principal of Ferrari in Formula 1.

After assembling an international ‘dream team’ of engineers, led by Ross Brawn, Rory Byrne, Paolo Martinelli and securing the sport’s leading driver, Michael Schumacher, Ferrari finally won the drivers’ crown in 2000 and went on to win a total of 14 F1 titles on his watch (six drivers’ and eight constructors’), with Schumacher and Kimi Raikkonen. From 2004 he also served as Ferrari CEO.

Notable highlights include the introduction of the electric racing Formula E series, the Women in Motorsport commission, the halo head protection device, the F1 budget cap, the Action for Road Safety campaign and the $20 Affordable Helmet for road use in the Third World, using technology derived from motorsport. He was also the UN Secretary General’s Special Envoy for Road Safety.

Away from cars, Todt has always had a deep interest in medicine. His foundation, ICM, was created in 2005 and is a globally renowned centre of research into Spinal Cord and Brain Disorders, and his co-founder Professor Gerard Saillant also attended the Autosport Awards.

Further awards, decided by expert judging panels, include the Aston Martin Autosport BRDC Young Driver of the Year Award, and the Pioneering and Innovation Award presented by Mahindra Racing incorporating the John Bolster Trophy for Technical Achievement. The other new award for 2021 is Esports Team of the Year presented by Motorsport Games.