On worn rear tyres, rookie Pommer soaked up the pressure from Sato to secure the position by just over half a second.

Sato had an unsettled start to the race when his Euronova machine failed to pull away from his front row grid slot on the formation lap.

He eventually got going but incorrectly recovered his original starting position, rather than starting from the back of the grid.

The start was aborted by race officials and Sato lined up at the rear of the field on the second attempt.

Eurotech's polesitter Kevin Giovesi made a fine start to lead Pommer and Kiss into the first corner.

Amazingly, Sato made a quick of a getaway at the tail of the 11-car field to jump to fourth by the conclusion of the opening lap.

The top four circulated tightly until Sato pitted for fresh rears at the end of lap 10.

Supernova responded immediately by calling its man Pommer in for a change of fronts on the following tour.

Kiss was promoted to second, and set about closing down a 1.2s gap to Giovesi before pitting shortly after the mid-race mark on lap 13.

The Zele team turned Kiss around in superior time to Eurotech's stop suffered by Giovesi two laps later, and Kiss rejoined the road having jumped ahead of the fierce Pommer/Sato scrap. 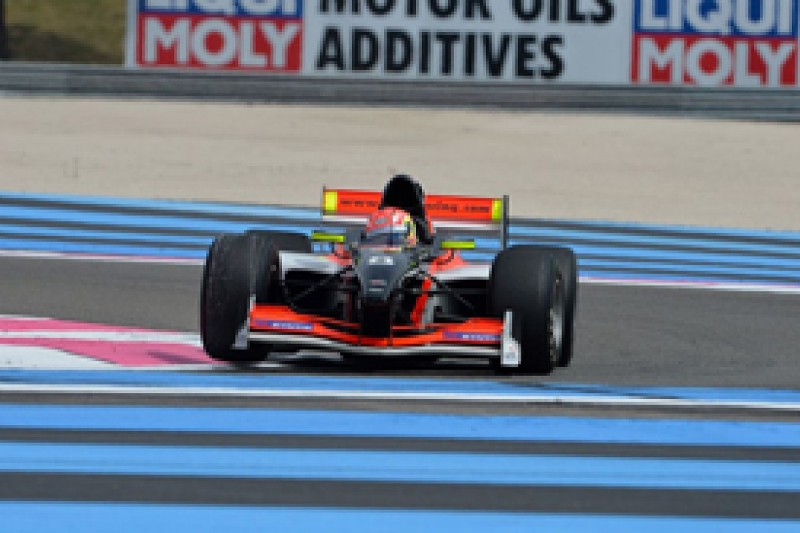 Giovesi would endure a slow change to his right-rear, and exited the pits sixth on the road, but effectively fourth as leaders Loris Spinelli and Yoshitaka Kuroda had yet to come in for their mandatory change of Kumhos.

Kuroda opted to be the last to come in, and pitted five laps from home.

The Japanese racer's team-mate Kiss was left managing a five-second lead, which he extended to the chequered flag.

The closest battle in the closing stages was the fight for fourth.

Giovesi hung on to steal the position by half a second from his compatriot, Virtuosi driver Andrea Roda.

Auto GP debutant Niccolo Schiro, who had been plagued by electronic problems in practice and qualifying, was an unfortunate non-starter, while Sam Dejonghe retired shortly after making an early pitstop.

Follow the WTCC and BTCC races, Auto GP race two and the WEC season opener as they happen on Race Centre Live from 11:30am UK time on Sunday April 20