In a wet but drying race, Giovesi held off charging race one winner Tamas Pal Kiss by just 0.9 seconds at the chequered flag.

But having built up a nine-second cushion at mid-distance, Giovesi was in a position to manage his pace deficit to Kiss over the closing laps.

"We have been very fast over one lap, as everyone can see by our pole positions," said Giovesi, who won twice on the road last year only to lose the victories to penalties each time, and who had topped both 2014 qualifying sessions so far.

"Now I think we have finally got the long-run pace to match.

"I am just hoping there are no post-race penalties now..."

From fifth on the reversed grid, Giovesi had powered onto the tail of leader Michela Cerruti at the conclusion of lap one, and romped into first position on the second lap.

Polesitter Yoshitaka Kuroda, making his 2014 debut, held Zele team-mate Kiss at bay until lap three, allowing the lead pair to make a break at the front of the pack.

After passing Kuroda, Kiss initially struggled to make inroads on Giovesi in the spray, but following his pitstop he relentlessly narrowed the gap until the finish. 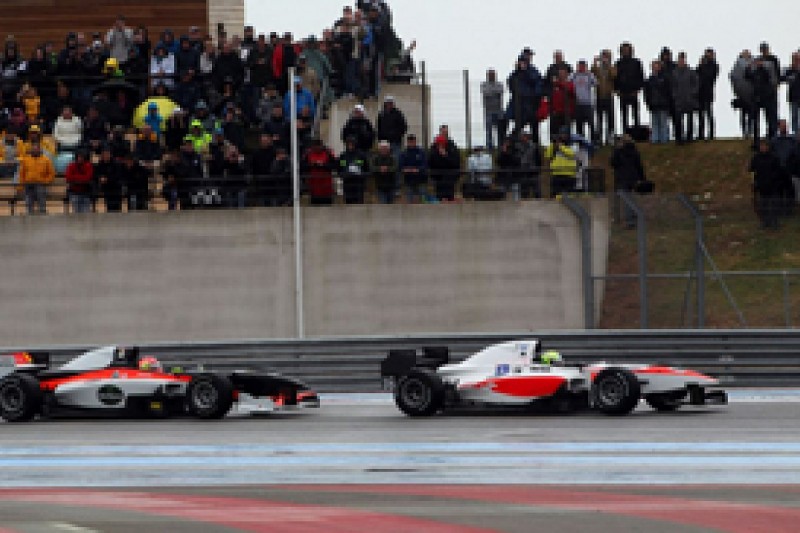 Kimiya Sato survived an early skirmish when he clipped the rear of Kiss's Zele machine to take a distant third.

The Japanese driver's result extends his advantage at the top of the drivers' standings to 13 points over rookie Markus Pommer, who finished fourth.

Sato's Euronova crew elected against changing his damaged front wing in the pits, and he pressed on battling severe understeer.

His pace was still sufficient to take him past Cerruti, who later lost out to Pommer too.