The Euronova driver took the chequered flag 12.5 seconds ahead of team-mate Michele La Rosa, whose car is being run under the MLR71 by Euronova banner.

Only six cars completed the 22-lap race and such was the rate of attrition that gentleman drivers La Rosa and Guiseppe Cipriani both claimed their maiden podium finishes.

"It was not an easy race," said Sato. "We had some luck today, but it was not easy to stay out of trouble as I had to be very careful with the brakes."

Front row starter Markus Pommer had been unable to pull away cleanly from the lights, and the German completed the opening lap in 11th.

Giovesi was the fastest man on track in the early laps, and had built up a 1.5s lead by lap four.

The first three enjoyed a healthy advantage over fourth-placed Sato, who was close to six seconds behind Giovesi.

Sam Dejonghe and Loris Spinelli were the first to make pitstops for fresh rears on lap four. The decision would prove costly for both as the safety car then changed the complexion of the race.

Kiss had grabbed the lead onto the start/finish straight, and on the run down to Turn 1 Giovesi attempted an over-ambitious outbraking manoeuvre to recover the position.

The Eurotech car snapped sideways, forcing the unfortunate Kiss to take avoiding action and hit the tyre wall. Giovesi was launched over a kerb and joined the Hungarian in the barriers.

The safety car was immediately sent out and those who had not made their mandatory pitstops took the opportunity to take on fresh rubber.

New leader Campana's tenure at the front was shortlived, as the Italian stalled in the pits.

Campana would later end his day when he deranged his front-right wheel negotiating a chicane while attempting to climb back up the order. 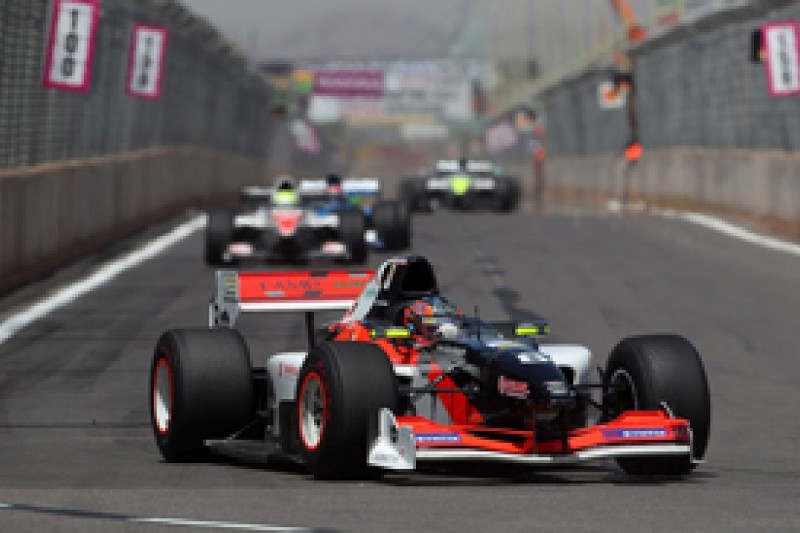 "What a nightmare, that was like being in a cabaret today," said Zele team boss Michael Zele.

"That was seriously stupid by Giovesi. We should have been first and second, easily."

At the restart, Sato pulled clear from Virtuosi driver Andrea Roda and Pommer.

The battle for second boiled over on lap 15 when Pommer braked too late at the last corner. Although he momentarily snatched second, the Super Nova driver spun and then stalled.

Roda lost second place when he crashed at the final chicane on the last lap, handing La Rosa and Cipriaini second and third.

Pommer's Super Nova team-mate Michela Cerruti was fourth, ahead of Dejonghe and Spinelli.